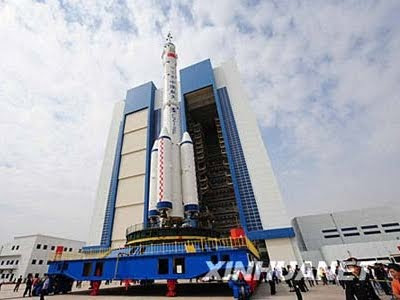 Fu, also a senior member of American Institute of Aeronautics and Astronautics (AIAA), said this during an interview with reporters form China News Service.

New generations of Chinese taikonauts are studying moon landing technology. Although there is no big problem in the overall technical aspects of moon landing, some details still need to be researched and implemented, said Fu.

Aerospace engines produced by the SISP are the key parts. The orbit of Chang'e II, planned to be launched this year, will be closer to the moon, making preparation for the moon landing.

Fu said China will launch Tiangong 1 space laboratory making a breakthrough in space rendezvous and docking technology; develop the Long March V, large-scale carrier rocket and prepare for launch of space station; launch Chang'e II and Chang'e III satellites and achieve a soft landing of moon's surface; make use of moon rover to explore the moon and provide data for the for the moon base mission.

Besides China, a number of countries are also accelerating the pace of manned space missions. The U.S. plans to "return to the moon" and Europe, Russia, Japan and India have also raised the concept of the moon landings.

Studies have found helium-3 is more abundant on the Moon than on the Earth. It is a variant of the gas used in lasers and refrigerators as well as in balloons. Moon gas could meet earth's future energy demands for thousands of years.

Fu has served as a director designer of engines of Long March III and Long March IV carrier rockets.
Posted by Joel Raupe at 5:00 PM