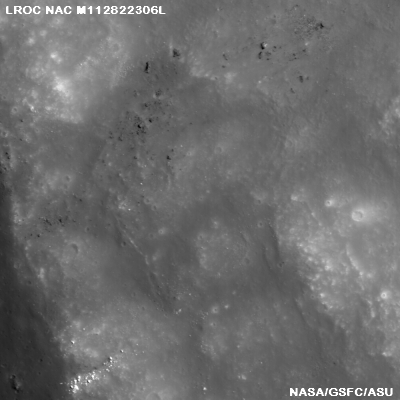 Wall and rim of a ~20 km diameter crater within the ~240 km diameter Van de Graaff crater, which is one of the Constellation regions of interest. Located on the lunar far side, Van de Graaff crater is south of Aitken crater on the outer edge of the South-Pole Aitken basin. Van de Graaff exhibits an unusual figure-eight shape, ~240 x 140 km, in a region with "swirls", magnetic anomalies, and geochemical anomalies. Swirls on the Moon are high-reflectance, irregularly-shaped markings with gradational boundaries, and they are associated with poorly understood magnetic anomalies (weak by terrestrial magnetism standards).

Magnetic fields like the one near Van de Graaff are relatively unusual for the Moon, because the Moon does not currently have a global magnetic field like the Earth does. Orbital geochemistry measurements show that Van de Graaff and the surrounding terrain have slightly higher concentrations of thorium, which suggests the presence of a geochemically important thorium-rich lunar material called KREEP. Van de Graaff is on the opposite side of the Moon from the massive Imbrium basin, suggesting that perhaps the magnetic and geochemical anomalies are related to the gigantic Imbrium impact event. Or, on the other hand, the anomalies could represent the products of local geologic events. Lunar scientists won't know for sure until we can send human explorers to investigate the region.

Also of particular note in the steep crater walls are higher-reflectance areas. The elevated reflectance is the result of disturbing the regolith (soil) through geologic mechanisms including recent impacts, mass wasting, and by rolling boulders that leave trails. During these events, material from rocks from beneath the surface are exposed. The lunar regolith is typically very fine-grained and is profoundly affected by exposure to the vacuum of space. Over time, radiation and micrometeorite bombardment lower the reflectivity and alter the chemistry of the surface. The high-reflectance, unaltered material exposed at the surface stands out in contrast to the lower-reflectance, older, altered surface.

Explore this fascinating Constellation region of interest for yourself, and check out an Apollo metric orbital photograph of the region! 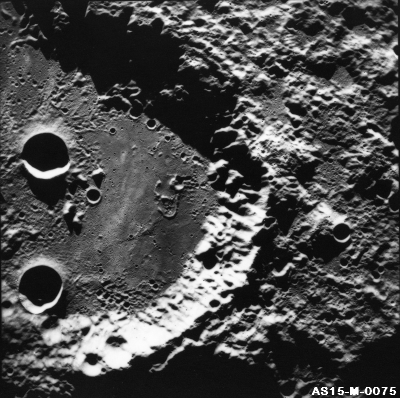 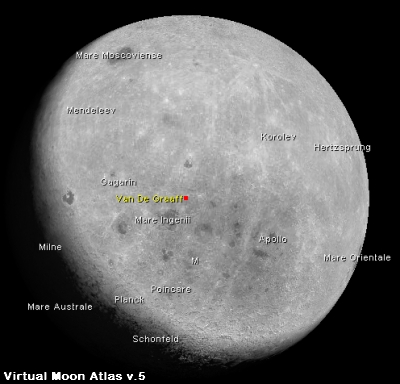