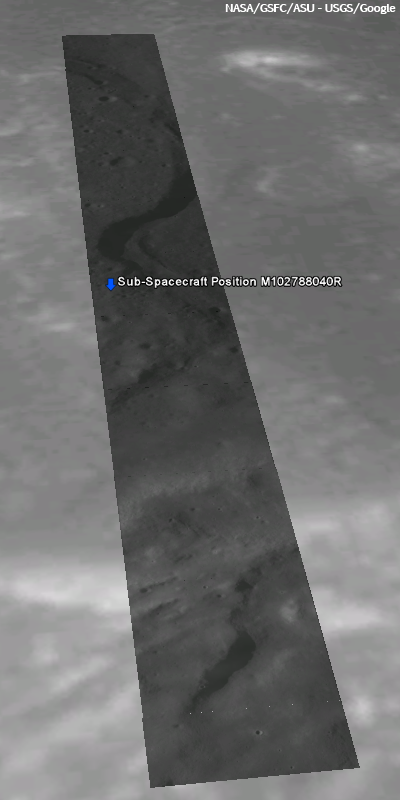 Much of the previously posted LROC data is currently offline due to a problem with the primary LROC mass storage system. Because the volume is very large, inspecting and restoring all the files takes a long time. As data are restored they are being returned to the webpage. We hope to have the LROC webpage fully restored by the end of the day on February 24. 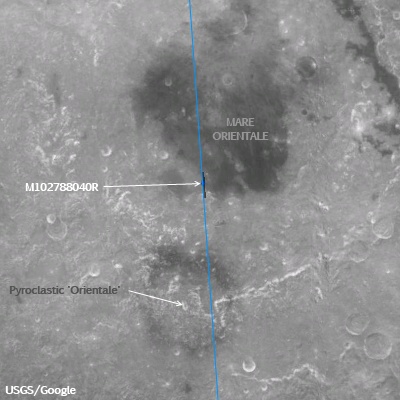 Backing up the equivalent of approximately 2800 km from the Google Earth's rendition of southwestern Mare Orientale allow a 780 km context is given to a roughly 4.2 km wide, 43.3 km long M102788040R strip, showing breathtaking detail of lava channel runoff into the sw Orientale basin. The estimated track of LRO Orbit 320, during the spacecraft's commissioning phase last summer, runs lengthwise [USGS/Google].
Posted by Joel Raupe at 7:00 AM