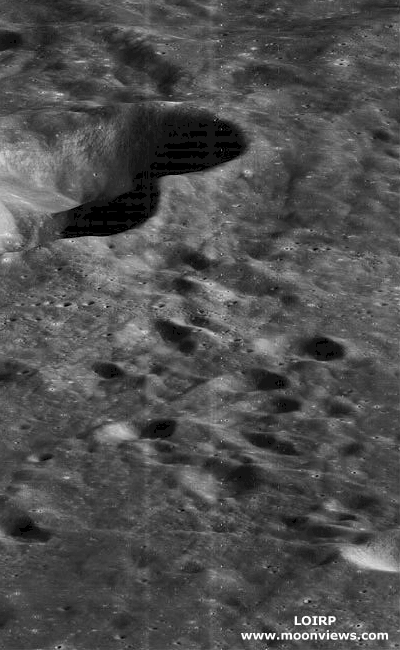 The Keyhole, familiar to amateur telescopic observers of the Moon, on the southwest slope of the crater Copernicus ejecta blanket, is called an "unnamed, interesting crater," in this second of a three high-definition subframes, a "set that makes up the high resolution frame LOII-162, according to the LOIRP release. "This is a nearer field image and the top of this image is the continuation of the bottom of LOII-162-H3. The light regolith blankets around newer craters are very easy to denote in this image." 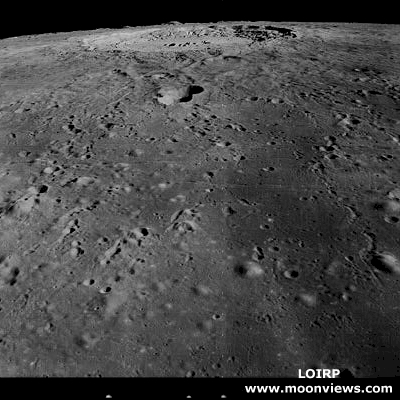 "(This) medium resolution image of the set of LOII-162...completes the set of Lunar Orbiter II Frame 162 Images. This image looks north toward Copernicus and was taken with the 8" camera on the LOII spacecraft. You can download the full resolution image [571 MB tiff] here at the NLSI."

The link, full resolution image [571 MB tiff] here at the NLSI. STILL does not work, either at this site or at the NLSI....