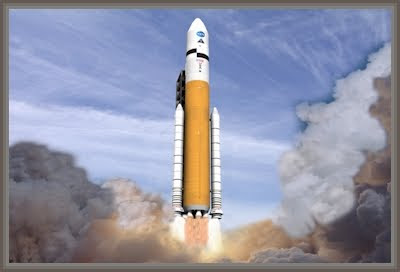 The "Augustine Committee" is on deadline to deliver its "recommendations" to the Obama administration, August 31. Though NASA administrators do not expect to see the committee's full report before the end of September, the end of the present federal fiscal year, the committee membership has already hinted that there are no affordable manned spaceflight options within NASA's long-term budget.

The Committee may conclude NASA is $50 billion short, over the next decade and a half, according to some press accounts.

Aerospace Corporation's estimates, however, as to the cost of Ares V or Shuttle C configurations," Zubrin wrote, "have no scientific basis and have clearly been composed to make the case that human space exploration is unaffordable."

"Both of these incredible estimates are about a factor of 7 higher than what is generally believed in the industry to be necessary for the development of such systems," Zubrin wrote.

Zubrin strongly criticises the methodology used by Aerospace Corporation to estimate the continued developmental and, eventually, the operational costs for Ares V, and he also makes his case for Mars as a singular goal of manned spaceflight.