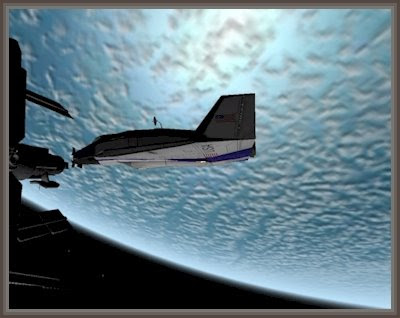 United Launch Alliance (ULA) is proposing on-orbit propellant depots to increase the capability of NASA’s Constellation exploration architecture. The plan to use depots derived from an advanced upper stage for the Atlas V and Delta IV evolved expandable launch vehicles (EELV) has caught the attention of the Augustine panel, which has included in-space refueling in four of seven options identified (see p. 29).

“Propellant depots divorce the launch from what we do in space,” says Bernard Kutter, ULA manager of advanced programs. “We can launch on smaller rockets and refuel in space.” The joint Boeing/Lockheed Martin company has proposed several different architectures. The simplest is a dual launch, with the propellant depot being launched first to wait for the payload stage and then transfer fuel in orbit.

This would increase payload to the lunar surface to more than 10 metric tons, and mass in transit to Mars by a factor of four, says Kutter, speaking at the American Institute of Aeronautics and Astronautics’ Joint Propulsion Conference in Denver on Aug. 3. “On-orbit top-off of the Earth departure stage and Altair lunar lander would significantly improve performance. Every 20 tons of fuel on-loaded would increase landed mass by 5 tons” or lower the cost of NASA’s planned Ares V heavy-lift launcher.

An alternative architecture proposed by ULA does not need the Ares V, instead using smaller EELV-class boosters such as Atlas V purchased competitively to launch the Orion crew vehicle and Delta IV the Altair lander to refuel in space and rendezvous in lunar orbit. The Constellation architecture weighs 150 tons in orbit, 100 tons of which is propellant, Kutter says, and four missions a year “would open up a huge new market,” with higher propellant launch tempos stimulating competition.

Depots could be derived from the existing Centaur and planned advanced cryogenic upper stages for the EELV. The advanced stage would be designed to minimize heat transfer and propellant boil-off for extended operations in space. The depot additionally would be able to deploy a conical sunshield to fully encapsulate the tanks. “We can build a near-term depot without resorting to extreme, zero boil-off designs,” says Kutter.

To enable the depot concept, ULA is working with NASA on an experiment, called CryoTE, to demonstrate cryogenic fluid transfer in orbit using a secondary payload on an Atlas V. After deployment of the satellite, propellant would be transferred back and forth between the Centaur and CryoTE, which would then be released to operate independently in orbit for a time. If funded, the mission could take place in 2012, says Kutter.

The advanced upper stage that would form the basis for a propellant depot is one of a series of upgrades planned or proposed for Atlas V and Delta IV following the U.S. Air Force’s decision to keep EELVs in service to 2030.

Phase 1 involves standardization of the Delta IV fleet with the uprated Pratt & Whitney Rocketdyne (PWR) RS-68A rocket engine. The RS-68A, with improved main injector and turbopump, producing 6% more thrust and 5-10-sec. higher specific impulse, is under development to upgrade the Delta IV Heavy for an initial launch capability in 2011. A common booster core outfitted with the RS-68A will be used for the Delta IV Medium and Medium-Plus beginning in 2014, reducing booster cost and improving launch manifest flexibility, says James Sponnick, vice president for Delta programs.

Phase 2 involves a common upper stage. The original plan was to go straight to the advanced upper stage, but funding forced ULA to take the interim step of porting the Centaur cryogenic upper stage over to the Delta IV from the Atlas V. “We need to recapitalize our avionics and upper stage in the 2015 timeframe, and increasing the production rate for a more common upper stage will ensure the health of our industrial base,” says Mark Wilkins, vice president for Atlas programs.

An updated Centaur with PWR RL10A-4-2 engine will be used for both the Atlas V and the Delta IV with 4-meter-dia. upper stage, while the existing RL10B-powered 5-meter cryogenic stage will be retained for the Delta IV Heavy. “This will set the stage for the next-generation replacement for the RL10, and reduce the number of payload fairing configurations,” says Wilkins. “We are working on the advanced upper stage design, but waiting on the market.”

Phase 3 of the EELV upgrade plan is based around development of a new U.S.-designed liquid-oxygen/kerosene main engine to replace the Russian-supplied RD-180 used in the Atlas IV. The Air Force Research Laboratory is planning a hydrocarbon booster demonstration in 2018, and if the new engine is used in Atlas V, it would pave the way for its use in the reusable booster system (RBS) that could replace the EELV after 2030. The RBS would have reusable first and expendable second stages.