Outsourcing the Moon and ISS 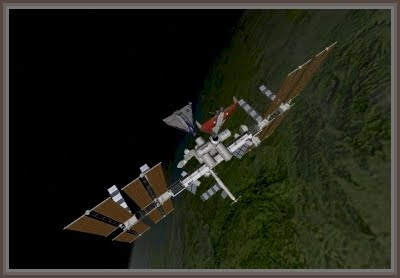 An article at Wired.com (“Rocket Booster: Let Private Sector help NASA”) keeps a free-market focus on the future of American space exploration: “After leading the way in the human exploration of space for nearly 50 years, the future of U.S. manned space flight is in question. The space shuttle makes its last flight next year. After that, NASA must rely on the Russians to put astronauts in space. Unless the country looks to the private sector.”

With delays in the manned space program that have pushed the development of NASA’s replacement for the shuttle to 2015, the future of the space agency is at a crossroads. One possible direction that could be chosen leads toward the private sector: “So with manned space flight going on hiatus next year and some saying NASA needs a big infusion of cash to continue manned space flight, another option is emerging: NASA could use commercial ventures like SpaceX to deliver cargo and people to the space station.”

For the first time since the advent of manned space exploration, the U.S. appears ready to outsource to private companies everything from transporting astronauts to ferrying cargo into orbit.

Proposals gaining momentum in Washington call for contractors to build and run competing systems under commercial contracts, according to federal officials, aerospace-industry officials and others familiar with the discussions.

While the Obama administration is still mulling options and hasn't made any final decisions, such a move would represent a major policy shift away from decades of government-run rocket and astronaut-transportation programs such as the current space-shuttle fleet. The White House press office didn't have any immediate comment.

In the face of severe federal budget constraints and a burgeoning commercial-space industry eager to play a larger role in exploring the solar system and perhaps beyond, these people said, a consensus for the new approach seems to be building inside the White House as well as the National Aeronautics and Space Administration.

Under this scenario, a new breed of contractors would take over many of NASA's current responsibilities, freeing the agency to pursue longer-term, more ambitious goals such as new rocket-propulsion technology and manned missions to Mars.

Read the full article HERE.
Posted by Joel Raupe at 4:52 AM