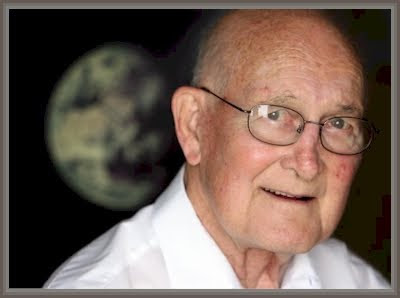 Respected UT geologist Bill Muehlberger showed astronauts the ins and outs of rocks - and even has a lunar momento with his name on it.

Bill Muehlberger has been talkin' rocks to astronauts for 45 years. He's taught geology to Gemini spacewalkers and Apollo moonwalkers, to the space shuttle crews, to the first astronaut classes of the 21st century. He's led geologic field trips to the volcanoes of Hawaii, to the impact craters of Arizona, to the deserts of West Texas — so that space travelers might better know the Earth, and by extension, better imagine the moon.

It is only fitting, therefore, that NASA chose to nickname a moon rock in the man's honor. The rock — "Big Muley" — is a whitish chunk of anorthosite collected by the astronauts of Apollo 16. At just short of 26 pounds, "Big Muley" (aka lunar sample 61016) is the largest and heaviest piece of the moon ever brought back to Earth.