The concepts were there; so were billions of dollars. So what happened, and is Ares next? 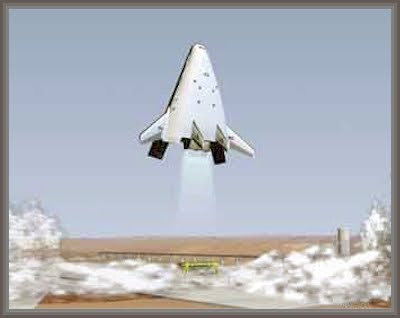 The American space program has no set goals, faces changing priorities and has axed multi-billion dollar projects every few years.

A few examples: NASA spent $4 billion on an advanced solid rocket motor, but killed the program in 1994. The X-33 space plane concept cost $2 billion and disappeared from the drawing board in 2001. The Aerospike engine cost $1 billion but was also spiked in 2001. The RS-84 engine development project sputtered out in 2004 after $100 million was spent. Plans for the Orbital Space Plane, a shuttle replacement, were permanently docked in 2004 after spending $2 billion.

This drift wastes money and time - resources that may be in short supply for NASA in the future, experts say. Think of it as a multi-billion dollar circle of canceled dreams due to a lack of advanced technology, a retired NASA engineer told The Times last week.

Read the feature article HERE.
Posted by Joel Raupe at 2:18 AM