Earth could be blindsided by asteroids, panel warns 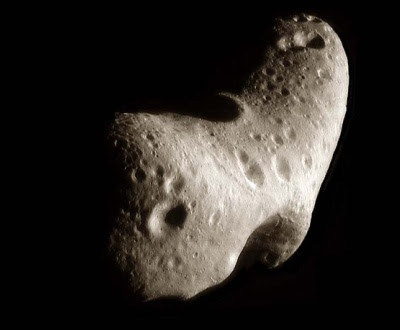 Existing sky surveys miss many asteroids smaller than 1 kilometer across, leaving the door open to damaging impacts on Earth with little or no warning, a panel of scientists reports. Doing better will require devoting more powerful telescopes to asteroid hunting, but no one has committed the funds needed to do so, it says.

Near-Earth asteroids larger than 1 kilometer across could blast huge amounts of sunlight-blocking dust into Earth's atmosphere in an impact, causing devastating climate change. The US Congress asked NASA in 1998 to find 90 per cent of those in this size range within 10 years, a goal that has now nearly been reached.

Astronomers have now found 784 of them, mostly using telescopes funded by NASA. That works out to 83 per cent of the 940 estimated to be out there by astronomer Alan Harris of the Space Science Institute in Boulder, Colorado.

But asteroids below 1 kilometer in size can cause serious harm, too, and they hit Earth more frequently because they are more numerous. To address the small-asteroid threat, Congress told NASA in 2005 to find 90 per cent of the near-Earth asteroids larger than 140 meters across by 2020.

NASA asked the US National Research Council in 2008 to figure out the best way to survey small asteroids and meet the 2020 goal. Now, the NRC panel has issued an interim report, saying that without new money for more powerful surveys, NASA will not be able to meet the goal.
Read the Article HERE.
Posted by Joel Raupe at 6:50 PM

All the news provided by NASA is very interesting. But it can take some surveys by arranging some funds.