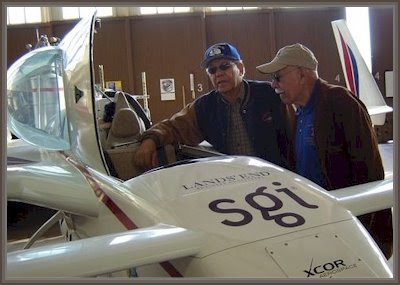 LOS ANGELES – Four months shy of his 90th birthday, Le Roy Gillead is about to become an improbable player in the latest space race.

XCOR Aerospace, a startup based in Mojave, Ca., is offering Mr, Gillead, a World War II aviator who was a member of the fabled Tuskegee Airmen, a free trip to briefly experience the thrill of zero gravity. XCOR made the announcement that Mr. Gillead would be among its first passengers during a ceremony Saturday honoring the Tuskegee group of pioneering African American aviators.