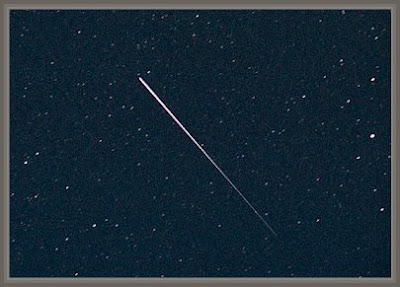 Fated as metaphors for the debris cluttering up low earth orbit, a second-hand Motorola-built Iridum satellite and a "defunct" Russian Cosmos have collided over Siberia, resulting in a cloud of fast-moving wreckage.

It will take days to track and categorize each separate orbital path taken by every fragment from each of the spacecraft to determine their affect, if any, on the track of hundreds of other vehicles, including the International Space Station.

"They collided at an altitude of 790 kilometers (491 miles) over northern Siberia Tuesday about noon Washington time," said Nicholas Johnson, NASA's chief scientist for orbital debris at the Johnson Space Center in Houston. "The U.S. space surveillance network detected a large number of debris from both objects."

Air Force Brig. Gen. Michael Carey, deputy director of global operations with U.S. Strategic Command, the agency responsible for space surveillance, said initial radar tracking detected some 600 pieces of debris. He identified the Russian spacecraft as Cosmos 2251, a communications relay station launched in June 1993, and said the satellite is believed to have been non-operational for the past 10 years or so.

"As of about 12 hours ago, I think the head count was up (to around) 600 pieces," Carey told CBS News late today. "It's going to take about two days before we get a solid picture of what the debris fields look like. But you, I think, can imply that the majority of that should be probably along the same line as the original orbits."

He said U.S. STRATCOM routinely tracks about 18,000 objects in space, including satellites and debris, that are 3.9 inches across or larger. Tracking priority and "conjunction analysis"--identifying which objects may pose a threat to manned spacecraft--is the first priority.

"It's going to take a while" to get an accurate count of the debris fragments, Johnson said. "It's very, very difficult to discriminate all those objects when they're really close together. And so, over the next couple of days, we'll have a much better understanding."

Photo of Iridium "flare" tracked by Heavens-Above.com
Posted by Joel Raupe at 1:22 AM