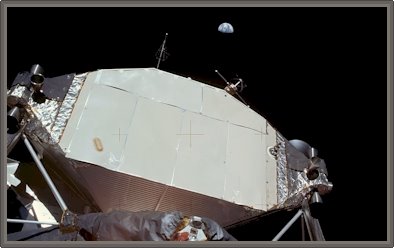 Most U.S. residents see the value in the country’s space program, according to a survey released Tuesday by the Coalition for Space Exploration.

The survey, conducted in mid-January, measured the public’s perceived value of the program, and then re-measured it after presenting respondents with basic facts regarding NASA’s economic impact and technological spin-offs.

Prior to learning basic facts about the space program, 77 percent of respondents said the program was a source of technological innovation and advancement; 73 percent thought consumer product development was based on technology used for space exploration; and 69 percent said the program inspired students to consider careers in science, technology, engineering and math.

However, respondents’ support of the program jumped to 96 percent from 88 percent after hearing basic facts such as, the aerospace industry employs 500,000 people or that aerospace industry sales of more than $204 billion in 2008 account for nearly 2 percent of the U.S. gross domestic product.

“We are pleased to see that the public clearly backs a well-rounded U.S. space exploration program,” Dean Acosta, chairman of the Coalition’s public affairs team, in a statement. “When combined with President Obama’s space policy that calls for the establishment of a robust and balanced civilian space program, it is vital that Washington leaders allow for and support appropriate funding for NASA.”

When told NASA currently receives less than 1 percent of the federal budget, 63 percent were “surprised” to learn the funding was that low.

The Houston-based Coalition for Space Exploration is a group of space industry businesses and advocacy groups that collaborate to educate and inform the public and U.S. Congress on the value and benefits of space exploration.

The complete survey report and data are available online at http://www.spacecoalition.com/88percent.cfm.