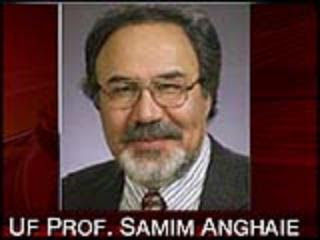 Gainesville, Florida - A nuclear space power institute at the University of Florida has been raided by the FBI.

Supervisory Assistant U.S. Attorney Karen Rhew in Tallahassee says search warrants were served at the university's Innovative Nuclear Space Power and Propulsion Institute. University of Florida spokesman Steve Orlando says the FBI was in the office of professor Samim Anghaie, the Iranian-born director of the institute.

Rhew would not comment on the investigation but did say no arrest warrants have been issued. Orlando says the university is cooperating with the investigation and Anghaie's employment status is being reviewed.