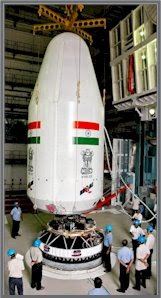 “Concept is getting evolved,” Nair, also secretary in the Department of Space, said while addressing an international seminar.

Isro is looking at developing a capsule (spacecraft) with service module which can accommodate three astronauts and take it to lower earth orbit using the indigenous GSLV (Geo-Synchronous Launch Vehicle) in the year 2015, he said.

Mission duration is seven days. There would also be emergency mission abort and crew rescue provisions in case of necessity. Crew module would be designed for re-entry and service module for mission management, Nair said.

He said the GSLV-Mk III, which can launch four tonne class satellites, would bring down the launch cost by half. The maiden flight of GSLV-Mk III is slated for next year.

On the recent Chandrayaan-1 moon mission, Nair said instruments on board have thrown up voluminous data which would take a few years for scientists to analyse and come out with concrete results.

Entire mapping of the lunar surface is expected to be carried out in a year’s time, he said, adding, there is no trace of water on moon so far.
Posted by Joel Raupe at 3:09 PM