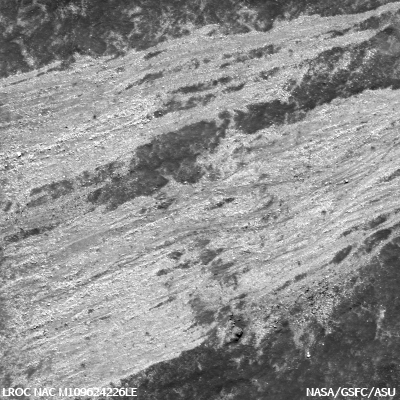 Seeing small areas of the Moon at 50 cm per pixel often presents unexpected views, and sometimes it is hard to interpret the geology at first glance, much less what is up and what is down! What are the white streaks? How did they get there? Image is 600 meters wide, from NAC frame M109624226L [NASA/GSFC/Arizona State University].

The white streamers are located on the west wall of a 6-km diameter unnamed crater lying near the center of the 42-km diameter crater Henry Frères (301.1°E, 23.5°S). The crater rim is to the west (left) and the floor to the right (east), thus downhill is to the right. The streamers are composed of blocky material, individual blocks are up to several meters in diameter, that slid down the crater wall towards the floor. Most of the material halted before it reached the crater floor. 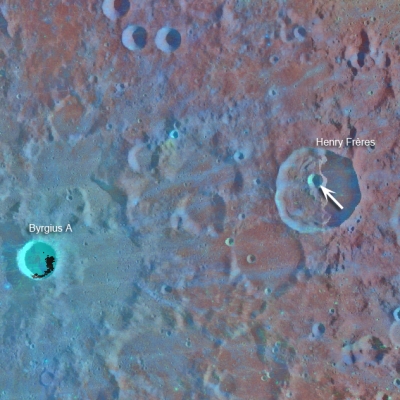 Did the blocky slides form when the crater formed--or later? If later, did the impact of ejecta from Byrgius A play a role by causing a moonquake or perhaps by even providing the blocky material? If these slides formed during the crater formation they must have been a very late-stage event, because they are so well-preserved. Geologists look at stratigraphy (what is on top) to determine such relations and reconstruct the sequence of events that formed the landscape both on the Earth and on the Moon.

Look for clues to the origin of these fascinating streaks in the whole NAC frame. 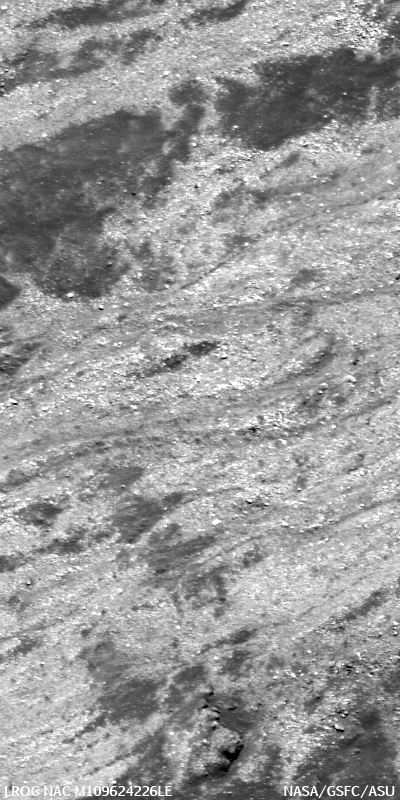