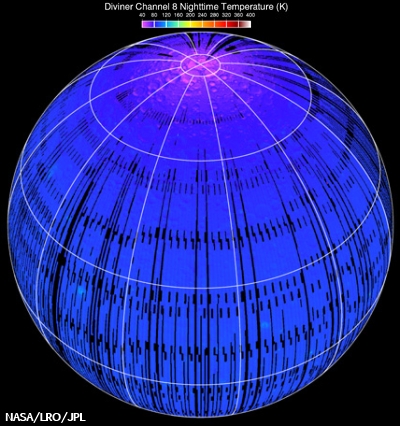 It's beginning to look like the 41st Annual Lunar and Planetary Science Conference at The Woodlands in Texas, March 1-5, 2010, will be among the very best places to get any advance view of the long-on-promise data from the Lunar Reconnaissance Orbiter and its seven experiments now in lunar orbit.

The Lunar Reconnaissance Orbiter (LRO) Diviner instrument team will host a symposium on the Sunday afternoon before the LPSC to acquaint the Planetary Science community with the Diviner experiment, its dataset and scientific findings to date.

The meeting will be held in the Montgomery Ballroom of the the Woodlands Waterway Marriott Hotel and Conference Center in Houston, TX - the same hotel hosting the LPSC 2010 meeting, and the Brown-Vernadsky Microsymposium entitled “Compositional Structure of the Lunar Crust: The New View from the Moon” (http://www.planetary.brown.edu/html_pages/micro51.htm).

The Diviner symposium will directly follow the Brown-Vernadsky Microsymposium, scheduled for all day Saturday, February 27 and again on Sunday morning, February 28.

A detailed agenda for the Diviner Symposium will be posted in advance of the meeting on the LRO Diviner instrument site.
Posted by Joel Raupe at 2:22 AM