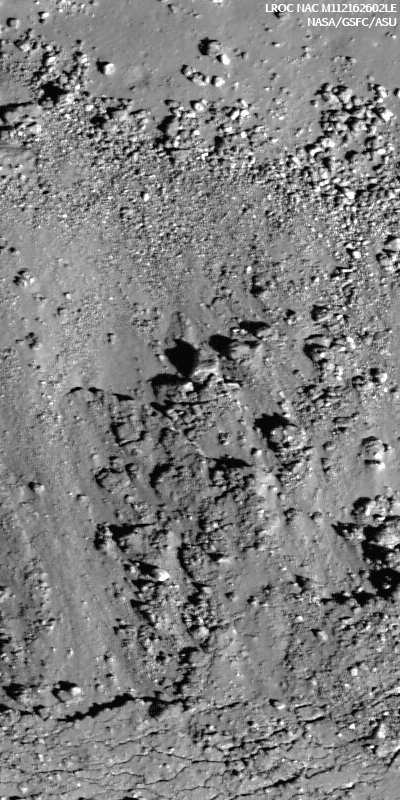 A key part of the LROC science investigation is the imaging and analysis of fresh Copernican Age craters like this small (6-km diameter) example at the edge of Oceanus Procellarum, west of Balboa crater. The LROC team has seen a variety of landforms related to these important lunar features. For example, a landslide on the crater wall partially covers the solidified impact melts on the floor. The landslide clearly happened after the crater initially formed so materials were likely dislodged by seismic shaking from nearby smaller impacts.

These young, fresh craters preserve a vital record of the impact process.

Where does ejecta come from? How much impact melt is produced? How thick is ejecta? What is the importance of self-secondary impacts? These are only some of the important scientific questions lunar scientists can address studying these craters.

As geologic time progresses, the pristine features in fresh craters are worn down by impacts of all sizes. Understanding young craters helps geologists piece together the history of far more ancient and degraded craters, an understanding particularly useful for planning future human missions to the Moon. The best way to explore fresh craters like this one, of course, would be with astronauts on the surface. Until humans return to the Moon, however, lunar geologists will analyze images like this for clues, as well as comparing landforms like the one visible here with other craters on the Moon, Mars and Earth.

Explore this crater yourself in the whole NAC image. 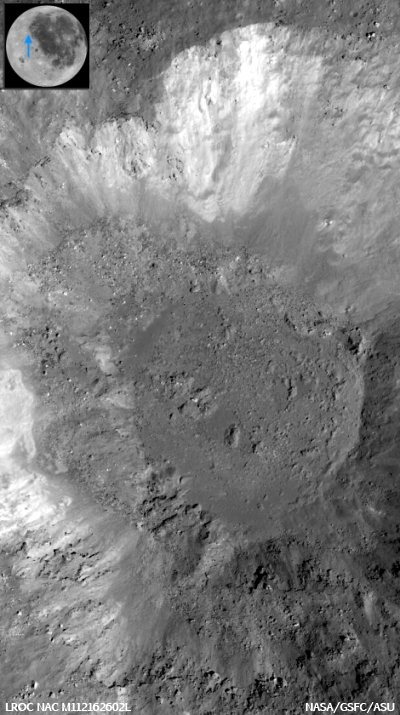