LROC tests the PDS with a pre-release 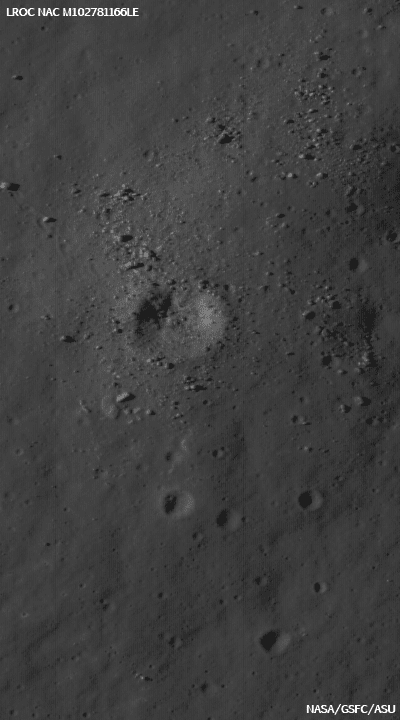 It's only a Sample of a Sample, but we couldn't post nothing, even though it's very early in our investigation of the outstanding Christmas present Friday from Mark Robinson and the LROC team at Arizona State University. It's a treasure of 700 recent LRO Narrow Angle Camera (NAC) images, released as a welcome test of LRO's eventual relationship with the Planetary Data System (PDS). As to the sample above, after examining the rich, comma-delimited index of the 786 images released to the PDS, the terrain appears to have been along the southern outer ring of Mare Orientale, near 265°E, 37°S [NASA/GSFC/Arizona State University]

The first Planetary Data System (PDS) LRO data release will occur in mid-March 2010. To help interested users familiarize themselves with LROC data before the official release date, the LROC team will periodically and "informally" release a selection of PDS Experiment Data Records (EDRs).

Drafts of the PDS Software Data Product SIS and Archive Volume SIS will also be released to help users understand the data. Please keep in mind that the labels and/or SIS documents may be updated before the official release next March. The directory structure mimics that of the final release including reduced resolution browse images, histograms, and other ancillary information.

Over 700 NAC frames in PDS EDR format are now available for download: