Branson wants to fly customers to the moon 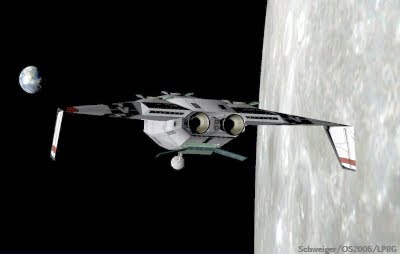 Richard Branson is an ambitious man. Ask him about the potential for his Virgin Galactic business – as I did at the unveiling of his space capsule in the Mojave desert in California on Monday – and he does not hold back.

Virgin Galactic has ordered five vehicles that can take six passengers into sub-orbital flight about 110km above the earth’s surface at a time. But Sir Richard thinks that, in 10 years’ time, it could have 40 of the six-passenger craft flying twice a day each.

And that is only the start: Jump HERE.
Posted by Joel Raupe at 2:28 AM