"The Moon" gets a premier date 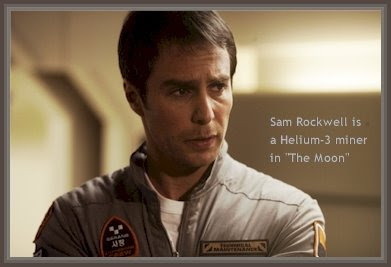 It won't matter to me that the lonely Helium-3 "miner," played by Sam Rockwell, in the Sundance Film Festival sleeper Sci-Fi hit "The Moon" is stationed, for obvious dramatic effect, on the Moon's Far Side. Never mind that our best science indicates that vast amount of available Helium-3 is probably located in Near Side seas Mare Tranquillitatis and Oceanus Procellarum.

It's just great to see Helium-3, which in the case of The Moon is really only the thing that Alfred Hitchcock called a "McGuffin," or "the thing the spies are looking for that doesn't really matter to the story or the audience" finally become a part of the popular culture, or at least "the noise level," for what its worth.

Enough has been written elsewhere about this film and its story, and how it received a distribution deal after its Festival premier. Nevertheless, it would be lax to neglect joining others in announcing The Moon will be generally released June 12, immediately after the peak of the Summer Blockbuster release season, which already features the hyper-hyped and anticipated Star Trek in May.