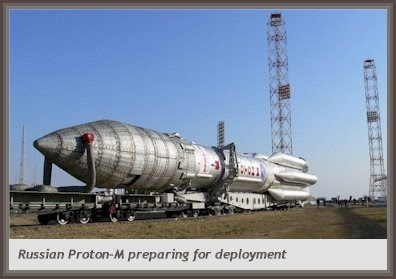 7 Nations Launching the Next Space Race

North Korea is about to launch its first satellite. Iran launched theirs last month. India's space agency recently got the green light to send people into space, and China's announced plans to build a space station. Getting to space is no longer for a few, technically apt nations. Here's a look at seven countries that have their sights on orbit and the capabilities to get there.
Michael Belfiore, Popular Mechanics

With a flurry of international efforts toward satellite launch capability (from one's home country), getting back to the moon and putting citizens in space, some experts say we are looking at a new space race–one focused on total space dominance. Should we be worried? After all, the first space race had at its core a battle for who could build the biggest intercontinental ballistic missiles.
No doubt about it, says Henry Hertzfeld, research professor at George Washington University's Space Policy Institute, "there are a lot of new starts." But he cautions that it's important to put them in perspective. "There are different launch vehicles and different capabilities, too. Comparing a manned capability that India might want to spend some money on with Iran launching a very small, very low Earth orbit satellite is really apples and oranges." Here is a look at the capabilities of the top–and most-talked-about–space-faring nations in what may be a new world order. The race is on for space dominance.
Read the Review HERE.
Posted by Joel Raupe at 2:38 AM