ESA's smallest, most precisely controllable engine ever built for space 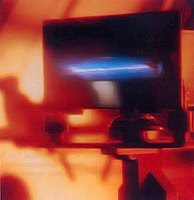 European Space Agency researchers are preparing to test what they describe as the smallest, yet most precisely controllable engine ever built for space. It’s designed to be sensitive enough to counteract the force of sunshine.

Measuring 10 centimeters (4 inches) across and making a faint blue glow as it runs, the Field Emission Electric Propulsion, or FEEP, engine produces an average thrust equivalent to the force of one falling hair. But its thrust range and controllability are far superior to more potent thrusters, holding the key to future success of an ambitious mission of the agency, researchers declare.

“Most propulsion systems are employed to get a vehicle from A to B,” explained Davide Nicolini of the agency’s Scientific Projects Department, in charge of the engine research. But with this one, “the aim is to maintain a spacecraft in a fixed position, compensating for even the tiniest forces perturbing it, to an accuracy that no other engine design can match.”

Watching how objects behave when separated from all outside influences is a long-time ambition of physicists, but it can’t be done within Earth’s gravity field. So a next-decade mission called Laser Interferometer Space Antenna, or LISA, Pathfinder is to fly 1.5 million km (900,000 miles) to a place called Lagrange Point 1. There, the Sun and Earth’s gravities cancel each other out, so that the behavior of a pair of free-floating test objects can be precisely monitored.

But to detach the experiment fully from the rest of the Universe there will still be some remaining perturbations to overcome, most notably the slight but continuous pressure of sunlight itself. That’s where FEEP comes in. It operates on a basic principle followed by other so-called ion engines: the application of an electric field serves to accelerate electrically charged atoms, producing thrust.

But FEEP’s performance is measured using units called micronewtons, which are one-thousandth the size of the already small units used for other ion engines. The engine has a thrust range of 0.1—150 micronewtons, with a resolution capability better than 0.1 micronewtons and a time response of one-fifth of a second or less, according to project engineers.

The engine employs the liquid metal cesium as propellant. Through capillary action—a phenomenon associated with surface tension—cesium flows between a pair of metal surfaces that end in a razor-sharp slit. The cesium stays at the mouth of the slit until an electric field is generated. This causes tiny cones to form in the liquid metal, which have charged atoms shooting from their tips to create thrust.

Twelve thrusters would be mounted on the hull of LISA Pathfinder. Working together with a separate NASA-designed propulsion system, the thrusters should yield directional control at least 100 times more accurate than any spacecraft before it—down to a millionth of a millimeter, project engineers assert.

“We are overseeing the work here because we have previous knowledge of FEEP technology,” said Pierre-Etienne Frigot of ESA’s Propulsion Laboratory.

LISA involves three satellites up to five million km (three million miles) apart and linked by lasers, orbiting the Sun. The aim is to detect ripples in space and time known as gravitational waves, predicted by Einstein’s spectacularly successful theory of general relativity but so far undetected. The waves would cause tiny variations in the distance measured between the satellites.

Once proven, the FEEP technology has been earmarked for a broad range of other missions, including precision formation flying for astronomy, Earth observation and drag-free satellites for mapping variations in Earth’s gravity.
Posted by Joel Raupe at 7:12 PM