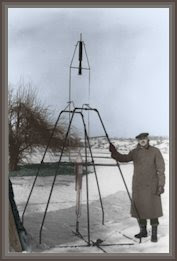 National Space Club - Washington - The aerospace industry's premier awards were announced today by the National Space Club. Awardees are listed below and will be recognized by their colleagues from across government, industry and academia at the prestigious 52nd annual Dr. Robert H. Goddard Memorial Dinner, to be held this year on Friday, April 17 at the Hilton Washington. Awards are presented to a number of outstanding individuals for accomplishments in spaceflight, engineering, science, management and education.

* The pinnacle award, the Robert H. Goddard Trophy, will be presented to The Honorable Dr. Michael Griffin, former NASA Administrator, voted the individual who made the most significant contribution to space activity in the previous year. Dr. Griffin spearheaded NASA during a time of increasing demands, new directions and flat budgets, and has received industry-wide accolades for outstanding leadership, commitment and dedication to NASA and our nation's civil space program.

* The Dr. Joseph Charyk Award will be presented to Mr. Ralph S. Haller, Principal Deputy Director, National Reconnaissance Office, for distinguishing himself by his architecture and implementation of a comprehensive transformation in the history of the National Reconnaissance Office, achieving key goals and objectives of that organization's strategic vision and addressing national security and space mission challenges.

* The NOAA David Johnson Award will be presented to Mr. William J. Blackwell, Member of the Technical Staff, MIT Lincoln Laboratory, for his innovative and outstanding contribution to the improved performance of integrated hyperspectral infrared and passive microwave sounders on meteorological satellites.

* The Space Educator Award will be presented to Mr. Michael Weiss, Teacher, Yarmouth High School, Yarmouth, ME, for his work in inspiring, educating and developing the next generation of students in space science through creative programs, competitions and extensive participation of him and his students in NASA and other space education programs

* The Astronautics Engineer Award will be presented to Mr. Stephen C. Doering, Associate Program Manager, Constellation Program, NASA George C. Marshall Space Flight Center, for his personal leadership as the manager of the NASA Johnson Space Center's extravehicular programs involved with the Space Shuttle and International Space Station as well as for his work on the next generation of space flight. He now leads all NASA Marshall Space Flight Center's non-launch vehicle exploration efforts.

* The Goddard Scholarship will be awarded to Mr. Ross Finman, Student, Carnegie Mellon University for his commitment to excellence and desire to explore and develop space robotics technologies and systems to allow future exploration of the Moon and other planets.

* The Nelson P. Jackson Award for outstanding contributions to the missile, aircraft and/or space field. will be presented to the MESSENGER Spacecraft joint NASA and team. The MESSENGER (Mercury Surface Space Environment Geochemistry and Ranging) spacecraft was launched September 2004, flew by Mercury twice, January and October 2008, andwill fly by a third time in September, and then aim for a year long orbit of Mercury beginning March 2011. The mission is to gather information on the density, magnetic fields, geological makeup, volatile materials and take other measurements to better understand the structure and history of this inner-most terrestrial planet.

* The Press Award will be jointly presented to Jay Barbree, Correspondent for NBC News and Lon Rains, former editor-in-chief, Space News and director of communications for Northrup Grumman's Space Technology Sector, both for dedication and enthusiasm for the aerospace industry.

The Goddard Dinner is held each year to celebrate the anniversary of the first successful flight by Dr. Goddard of a liquid-fueled rocket. This black tie event brings together 2,000 members of the government, industry and educational space community.
Posted by Joel Raupe at 11:07 AM