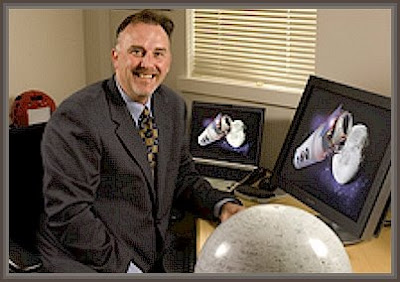 MOFFETT FIELD, CA – Growing up in the rural Appalachian foothills of the Ohio Valley, John Marmie developed a passion for music. When he combined that passion with his enthusiasm for space exploration, he was inspired to write an original song, 'Water on the Moon.'

As the deputy project manager for the Lunar CRater Observation and Sensing Satellite (LCROSS) mission at NASA’s Ames Research Center, Moffett Field, California, Marmie is helping spearhead America's return to the moon. Scheduled to launch later this year, the LCROSS mission is designed to search for water by impacting one of the moon's permanently shadowed craters. Marmie's goal is to not only help write history with LCROSS, but also to inspire others.

"I learned in my early 20s about the power of music," said Marmie. "It entertained, it opened social doors, it inspired and music allowed me to relax, escape and to dream."

Knowing a career in music might be financially unstable, Marmie wanted a career path where he could be creative and still support his passion for music. Higher education opened doors and guided his path.

Marmie set out on his journey at the University of Ohio where he earned a Bachelors degree in electrical and computer engineering and a masters in electrical engineering with a concentration in computational electromagnetics. His hard work got him noticed by NASA. Contemplating a move to the home of country music, Nashville, Tenn., Marmie’s plans changed when he received an offer to work at NASA's Ames Research Center in Northern California. A new passion was born.

"When the opportunity to work for NASA was presented, I just couldn’t turn it down," he said "To this day, I still ask myself, 'how did I end up at NASA?’ It must have been divine guidance."

Read more HERE.
Watch the Video HERE.
Posted by Joel Raupe at 2:35 AM