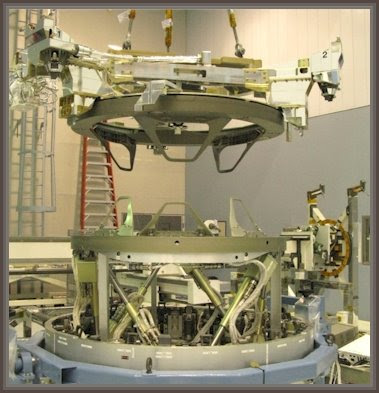 Since 1996, NASA has been developing a docking system that will simplify operations and reduce risks associated with mating spacecraft. This effort has focused on developing and testing an original, reconfigurable, active, closed-loop force-feedback controlled docking system using modern technologies. The primary objective of this effort has been to design a docking interface that is tunable to the unique performance requirements for all types of mating operations (i.e. docking and berthing, autonomous and piloted rendezvous, and in-space assembly of vehicles, modules and structures). The docking system must also support the transfer of crew, cargo, power, fluid, and data. As a result of the past 10 years of docking system advancement, the Low Impact Docking System or LIDS was developed. The current LIDS design incorporates the lessons learned and development experiences from both previous and existing docking systems.

In 1996 the LIDS project, then known as the Advanced Docking Berthing System (ADBS) project, launched a four year developmental period. At the end of the four years, the team had built a prototype of the soft-capture hardware and verified the control system that will be used to control the soft-capture system.

In 2001, the LIDS team was tasked to work with the X- 38 Crew Return Vehicle (CRV) project and build its first Engineering Development Unit (EDU).
Read the Report (pdf) HERE.
Posted by Joel Raupe at 8:29 PM