Olympian on the Canadian Shortlist 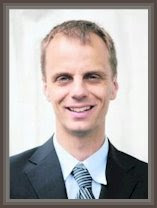 Peter Giles, Physicist, Olympian, and now on the shortlist of 15, narrowed down from 5,300 applicants, of Canadians hoping to be among the next class of the Canada Astronaut Corp.

John Gillis, staff reporter for the Chronicle-Herald, offers an interesting backgrounder on Giles, "who along with his brother Steve was part of Canada's canoe-kayak team at the 1996 Summer Olympics in Atlanta.

"Reached in Toronto, the 38-year-old, who now lives in Hammond Plains, said he was having a pretty good day."

"I've dreamed about that for a long time," he said. "If you're interested in a career in science and technology, I kind of think if it as the pinnacle of that career. What could be more inspiring to other Canadians in terms of the power of science and the power of technology than manned spaceflight?"

Mr. Giles, who has a B.Sc. in physics from Dalhousie University and masters and doctoral degrees from Stanford, works as a systems engineer with General Dynamics in Dartmouth.

He said in that role, he has learned about the operations of military and naval vessels, skills that would be valuable as an astronaut.

The selection process, which began last May, is geared toward choosing people well-suited to fly to the International Space Station for extended periods.

Read the article HERE.
Posted by Joel Raupe at 6:44 PM