Orion on display in DC 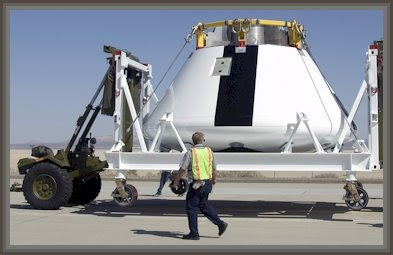 NASA showcased the Orion command module, Monday in a day-long public event on the National Mall in Washington. The full-size mockup of the Constellation CEV was parked on the Mall between 4th and 7th Streets, SW, in front of the National Air and Space Museum. Reporters attended a briefing Monday morning.

The spacecraft mockup is on its way from water testing at the Naval Surface Warfare Center's Carderock Division in Bethesda to open water testing in the Atlantic, off the coast of KSC.

The goal of the operation, dubbed the Post-landing Orion Recovery Test, or PORT, is to determine what kind of motions the astronaut crew can expect after landing, as well as conditions outside for the recovery team.