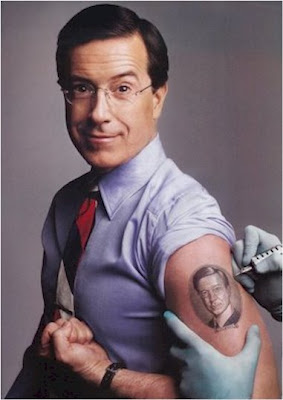 Comic Stephen Colbert continued his campaign to name a piece of the International Space Station "Colbert" when he jokingly grilled NASA's top spaceflight manager Tuesday night on "The Colbert Report."

"As it turns out, I'm at the top of the list for write-in suggestions, but NASA keeps a separate vote for their own suggestions," Colbert told his Comedy Central viewers.

In a playful exchange with Bill Gerstenmaier, NASA's associate administrator for space operations, Colbert bluntly asked if the space agency would honor the public suggestion list.

"Well, we are going to have to go think about that as we get all the votes and see where we are," Gerstenmaier said. "We still have until (March 20). We'll see how the voting comes in the next couple of days."

On Feb. 20, NASA asked for public suggestions to name the Marshall Space Flight Center-managed Node 3, which will be used to expand the space station and connect other pieces of the floating laboratory being built by 15 nations.

As of Wednesday, 555,511 votes had been cast for module names, according to NASA.
Read Spires piece HERE.
Posted by Joel Raupe at 10:48 PM