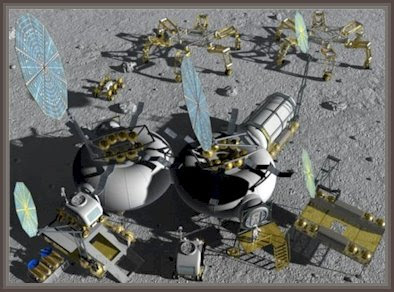 The Surface Habitat Systems (SHS) Focused Investment Group (FIG) is part of the NASA Johnson Space Center effort to provide a focused direction and funding to the various projects that are working on human surface habitat designs and technologies for the planetary exploration missions.

The overall SHS-FIG effort focuses on directing and guiding those projects that: 1) develop and demonstrate new surface habitat system concepts, innovations, and technologies to support human exploration missions, 2) improve environmental systems that interact with human habitats, 3) handle and emplace human surface habitats, and 4) focus on supporting humans living and working in habitats on planetary surfaces. The activity areas of the SHS FIG described herein are focused on the surface habitat project near-term objectives as described in this document.

The SHS-FIG effort focuses on mitigating surface habitat risks (as identified by the Lunar Surface Systems Project Office (LSSPO) Surface Habitat Element Team; and concentrates on developing surface habitat technologies as identified in the FY08 gap analysis. The surface habitat gap assessment will be updated annually as the surface architecture and surface habitat definition continues to mature. These technologies are mapped to the SHS-FIG Strategic Development Roadmap. The Roadmap will bring to light the areas where additional innovative efforts are needed to support the development of habitat concepts and designs and the development of new technologies to support of the LSSPO Habitation Element development plan. Three specific areas of development that address Lunar Architecture Team (LAT)-2 and Constellation Architecture Team (CxAT) – Lunar habitat design issues or risks will be focused on by the SHS-FIG.

The SHS-FIG will establish four areas of development that will help the projects prepare in their planning for surface habitat systems development. Those development areas are the 1) surface habitat concept definition, 2) inflatable surface habitat development, and 3) autonomous habitat operations, and 4) cross-cutting / systems engineering. In subsequent years, the SHS-FIG will solicit a call for innovations and technologies that will support the development of these four development areas. The other development areas will be assessed yearly and identified on the SHS-FIG’s Strategic Development Roadmap. Initial investment projects that are funded by the Constellation Program Office (CxPO), LSSPO, or the Exploration Technology Development Projects (ETDP) will also be included on the Roadmap. For example, in one or two years from now, the autonomous habitat operations and testbed would collaborations with the Integrated Systems Health Management (ISHM) and Automation for Operations ETDP projects, which will give the surface habitat projects an integrated habitat autonomy testbed to test software and systems.

Download the (pdf) Report/Study HERE.
Posted by Joel Raupe at 7:58 AM