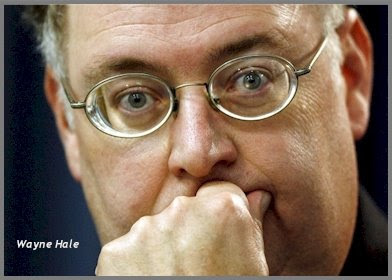 Wayne Hale, former flight director of the Space Shuttle program, in the days of the Shuttle's second return to flight, has been contributing to a very interesting Blog under the NASA label and offering to an outsider a rare insider's view of how NASA functions (and dysfunctions) and how a bureaucracy tends to fumble - when self-maintenance inevitably wins out as the higher priority over the program's "reason for being."

In what was for him an "astounding" revelation, Hale's most recent entry coincided with the release of a report and what is both an entertaining and disturbing video developed by younger NASA employees, based on their real experiences. If you want to understand the dreadful inertia of huge orthodox bureaucracies, we're spotlighting the video recommended by Mr. Hale, with a link to the White Paper, immediately after the teaser for his Blog entry on this important topic.

The Columbia Accident Investigation Board said that NASA - and specifically the Space Shuttle Program - stifled dissenting opinions which might have prevented the accident. Particularly the action was pointed toward the Mission Management Team. As the new Deputy Program Manager, I was assigned the task of restructuring the MMT and providing means for listening to dissent. Somewhere along the way I acquired the informal title of 'culture change leader'. I took this to heart and changing the culture to be more welcoming to alternate or dissenting opinions was a task that took a lot of my time and attention.

I have been out of the Shuttle Program manager job for almost a year now and a trusted coworker just a week ago told me that people in his organization had been prevented from giving me important alternative choices for some program choices that occurred a couple of years ago. This was staggering. Astounding.

The Inclusion and Innovation Council was to propose ways to improve innovation at NASA. Various teams reported out, including one team of young employees who has the task to talk about the barriers to innovation at NASA -- specifically at JSC.

The video attached was their result.