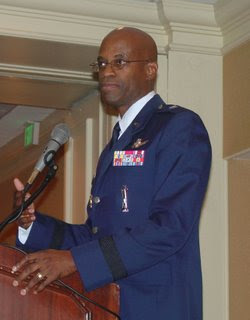 "We have more systems coming onto the range and going off the range than at any time in my memory," said Bolton, whose career in the space industry spans 25 years.

SpaceX last week erected the first new rocket design in many years at Launch Complex 40. The Falcon 9 is scheduled for a summer launch, and the low-cost launch, if successful, could lure commercial satellite launches back to the U.S. from Asia and Russia."

We've got SpaceX coming as close to a purely commercial venture for a main system as has ever been done in this country," said Bolton. "With the changing mission, the changing requirements, we also have a changing infrastructure."
Read more HERE.
Posted by Joel Raupe at 4:08 AM