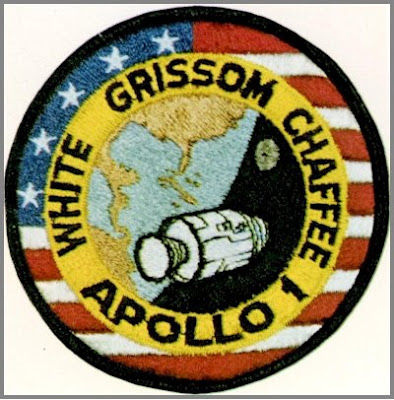 The tragedies that killed three Apollo astronauts and two space shuttle crews have anniversaries during less than one week's time: Apollo 1 on Jan. 27, 1967; Challenger on Jan. 28, 1986; and Columbia on Feb. 1, 2003.
Apollo 1
Commander Gus Grissom, Ed White and Roger Chaffee were 5 1/2 hours into a simulated countdown at the Kennedy Space Center when White cried, "Fire!"
Chafee shouted, "We're burning up."
In the oxygen-saturated cabin 218 feet in the air atop the Saturn IB rocket at Pad 34, White's hand was seen trying to blow the hatch.
"If Ed couldn't get that hatch off, no one could," Robert Zimmerman quotes astronaut Frank Borman in "Genesis" (Four Walls Eight Windows/1998).
Astronauts and their loved ones were in shock.
"Test pilots died while in the air, which was what all the astronauts and their families braced themselves for. No one at NASA had prepared them for an accident on the ground," Zimmerman wrote.
In "Moon Shot" (Turner Publishing/1994), Alan Shepard and Deke Slayton attributed a chafed wire underneath Grissom's seat as sparking the inferno. Newsweek (Feb. 6, 1967) reported: "With a great whoosh, like the sound of an oven being lit, the pure O2 in the cabin made every combustible item in the ship burn with super intensity. At the same time, no O2 was left to breathe."
"The three astronauts were trapped in their melted suit material, fused with the charred nylon from the inside of the spacecraft," Buzz Aldrin and Malcolm McConnell wrote in "Men From Earth" (Bantam/1989). To remove the hatch, the Web site, www.nasa.gov, states five men struggled in thick smoke, "each forced to make several trips in order to reach breathable air."
Borman, a member of the investigating team, listened to the tape of his friends' screams and crawled into what he called the "fire-blackened charnel house," Zimmerman said. "Borman felt himself getting increasingly angry. Everywhere he and the rest of the investigation committee looked, they found sloppy workmanship by both the contractor and by NASA. Borman decided that he was going to do whatever it took to make sure the Apollo spacecraft flew again. And when it did, it would be the safest spacecraft ever built."
As a result, NASA abandoned the oxygen-rich atmosphere and, Zimmerman cited, "more than 2,500 different items were removed, replaced with nonflammable materials." Engineers redesigned the hatch to open in 10 seconds. The old hatch, according to Zimmerman, took 90 seconds to remove and involved "laboriously unscrewing some lug nuts."
Borman, in his book "Countdown," (Silver Arrow Books/1988), described each NASA staff member who suffered depression, guilt or a breakdown as a "victim of Pad 34."
One man during a meeting suddenly drew an organizational chart of Heaven on a blackboard.
He flew home in a straitjacket. A "NASA official drove onto a Houston expressway and raced his car at speeds of more than 100 mph until the engine caught fire," Borman wrote. "He explained later that he'd seen a metaphysical connection between the pad fire and the one that destroyed his automobile."
The final "victim," Borman said, was White's wife. She "committed suicide" in 1984.
Read the story HERE.
Posted by Joel Raupe at 11:47 PM