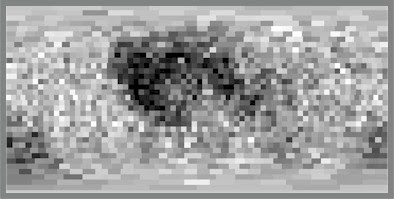 Magnesium, Aluminium & Silicon have been further detailed as elemental materials present on the Moon by the Chandrayaan-1 X-ray Spectrometer (C1XS), an European Space Agency compliment among the eleven international experiments on board India's ISRO Chandrayann 1, the first Indian mission to the Moon that arrived in Lunar Polar Orbit in November.
Chandrayann added a third polar orbiter to the present fleet, along with China's Chang'E 1 and Japan's Kaguya, both exploring the Moon since 2007. Running a few months late, NASA's double launch of it Lunar Reconnaissance Orbiter (LRO) and LCROSS impactor probles now scheduled for launch in April at the earliest.
While the presence of all three of these basic elements have been previously detected and mapped by NASA/DOT Clementine, Galileo on its way past the Moon on the way to Jupiter and Luanr Prospector. And while these same elements were also found in abundance in highland anorthosite by Apollo and Lunokhod sampling, the best global maps spliced together from Lunar Prospector and Clementine datasets, the best resolution maps from these concept probes appears to have been no better than 5 kilometer resolution.
ISRO's ESA C1XS on-board Chandrayaan are reportedly the result of more sensitive than expected data from this latest mission dispatched by India in November.
According to K.S. Rajgopal, of The Hindu, C1XS uses an advanced version of conventional CCD sensors, called swept charge devices C1XS swept charge devices operate well at around -15 degrees C.
Read more HERE.
Posted by Joel Raupe at 12:27 PM