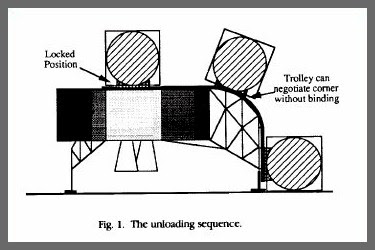 Part One of a Two-Part, Two-Day Announcement
Introduces Two Teams
MOUNTAIN VIEW -- Two new international teams in the Google Lunar X PRIZE, a $30 million competition by the X PRIZE Foundation to land a vehicle on the Moon, travel 500 meters, and transmit a "Mooncast" back to Earth, were announced today in a tele-press conference from Google Headquarters. The announcement was held as part of a Team Summit at Google Headquarters and NASA Ames. These recent additions bring the total number of teams to 16, from seven different countries.
Part two of this two-day announcement will reveal the identity of the "Mystery Team" which is scheduled for Wednesday, December 17 at 8:30 am, PST at NASA Ames. Also announced during the tele-conference was the groundbreaking of a new mission control center for Team Lunatrex, in the City of Anderson, South Carolina.
The two new teams are:
EUROLUNA: Based in Europe and led by Palle Haastrup, who is a founding member and current president of the European Lunar Exploration Association, Team Euroluna is comprised of six people who range from 16 - 60 years old and whose backgrounds span from chemical and mechanical engineering to software and business administration. Team Euroluna plans to utilize commercial, off-the-shelf technologies that will be downsized and implemented in the design of their craft, ROMIT. Designed to be lightweight and small, ROMIT will be powered by solar cells (with a total power of less than 20W) and will have six solar panels. Additionally, all control and command operations will be remotely controlled, with only limited computing power on the Moon.
SELENE: Headed by Markus Bindhammer, Team Selene (whose name represents the Greek goddess of the Moon) is based in China and consists of a Chinese and German group of mathematicians, physicists and designers along with aerospace and robotic engineers. Team Selene's concept of a rocket car as the lunar rover will be driven by a rocket engine and powered by solid fuel, liquid fuel or compressed gas. The ignition system of LuRoCA 1, the working title of the vehicle, will be activated by remote control or by a timer circuit. The cost-efficient craft will also be equipped with four HD cameras and will be characterized by the simplicity of its operation and insusceptibility to malfunctions.
"The Google Lunar X PRIZE is truly an international competition, and with the addition of Euroluna and Selene, our first teams headquartered in Denmark and China, respectively, the competition continues to grow throughout the world," said Dr. Peter H. Diamandis, Chairman and CEO of the X PRIZE Foundation. "I'm confident that their participation will inspire others to reach for the stars, and wish both teams the best of luck!"
The announcement was made during a two-day Google Lunar X PRIZE Team Summit, where teams were able to give "mock" sponsorship presentations to a group of Silicon Valley venture capitalists who provided guidance on their business plan pitches and gave advice on how to raise money more effectively. One of the objectives of the Team Summit was to help leverage the financial playing field for the Google Lunar X PRIZE and allow teams to raise the money they need for a successful trip to the Moon.
ABOUT THE GOOGLE LUNAR X PRIZE
The $30 million prize purse is segmented into a $20 million Grand Prize, a $5 million Second Prize and $5 million in bonus prizes. To win the Grand Prize, a team must successfully soft land a privately funded spacecraft on the Moon, rove on the lunar surface for a minimum of 500 meters, and transmit a specific set of video, images and data back to the Earth. The Grand Prize is $20 million until December 31st 2012; thereafter it will drop to $15 million until December 31st 2014 at which point the competition will be terminated unless extended by Google and the X PRIZE Foundation. For more information about the Google Lunar X PRIZE, please visit www.googlelunarxprize.org.
Posted by Joel Raupe at 6:27 PM