Reaching for stars, dream is realized 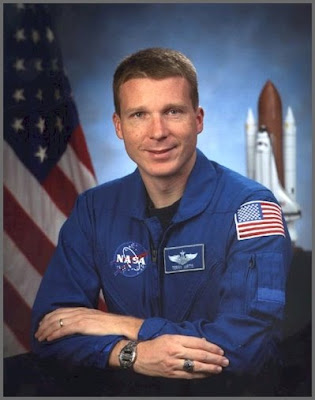 It's not like Terry Virts knew, as a kid growing up in Baltimore and Columbia, that he would one day become an astronaut and rocket off into space.
"I realized how unlikely it was," he says.

But he sure liked the idea. Spaceflight fascinated him since kindergarten, when he first picked up a book about the Apollo moon landings. So "in the back of my mind, I always did the things I needed to do to keep doors open."
This month, NASA assigned the 41-year-old Air Force colonel to pilot the space shuttle Endeavour to the International Space Station. The 11-day mission, scheduled for next December, will be Virts' first spaceflight in his nearly 10 years with the astronaut corps.
Read more HERE.
NASA AstroBio HERE.
Posted by Joel Raupe at 1:00 PM