It's the Moon's fault 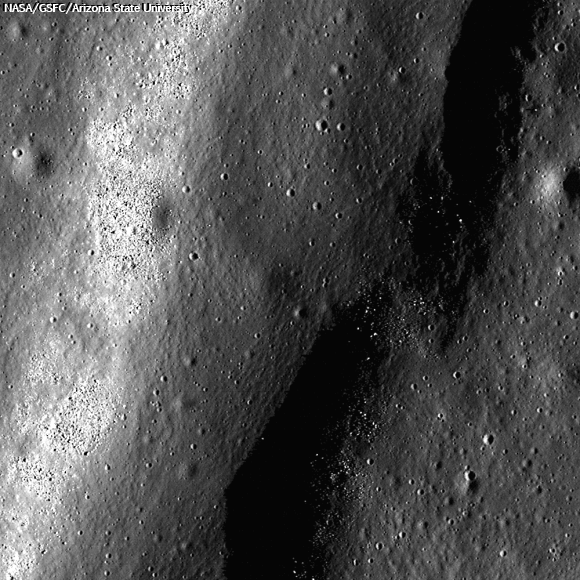 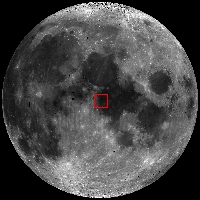 
Linear rilles are so named because of their nearly-straight morphology and surface expression. Unlike sinuous rilles, which are volcanic, linear rilles are tectonic in nature. Similar features on Earth are termed graben, and are created when two normal faults border a block of rock which has been depressed, producing a valley.

Since normal faults are understood to be the products of extensional stresses (see yesterday's Featured Image post), we can assume this region of the Moon was "pulled apart" - creating these normal faults, dropping the middle blocks, and producing the linear rilles. So a linear rille is the lunar analog of a graben on Earth! 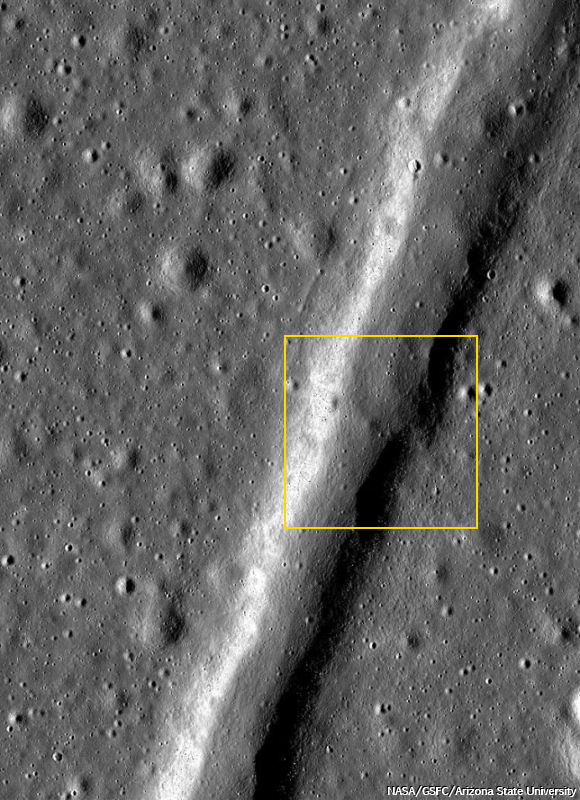 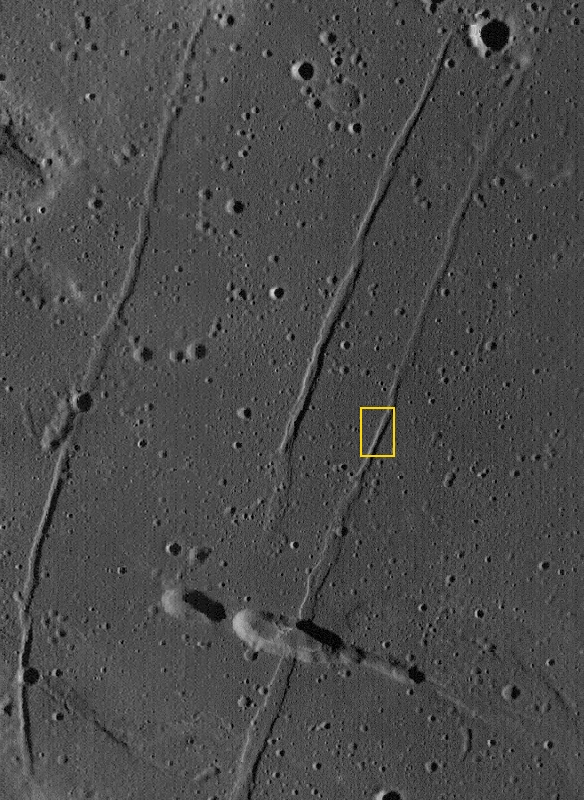 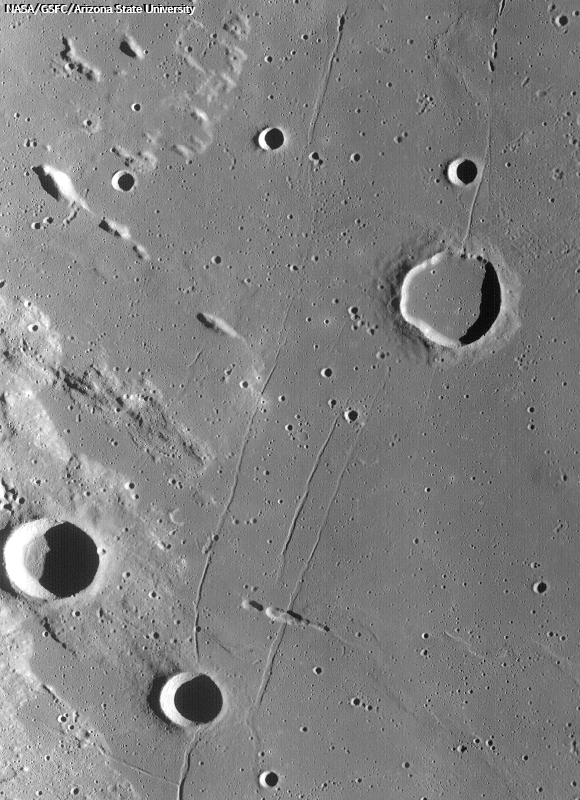 LROC Wide Angle Camera (WAC) context images of the Rimae Sosigenes extensional linear rille system in the northeast Mare Tranquillitatis, between the Arago domes (out of view, to the south and east) and the craters Sosigenes and its smaller namesake Sosigenes A. one rille is cross-cut with a close-grouped and prominent secondary crater chain, well-known to well-equipped telescopic observers when the morning terminator passes over five days following a New Moon. WAC monochrome (566 nm) mosaic from orbits 4515-4517, June 18, 2010. See the original LROC WAC context image HERE [NASA/GSFC/Arizona State University].

What are we seeing here? 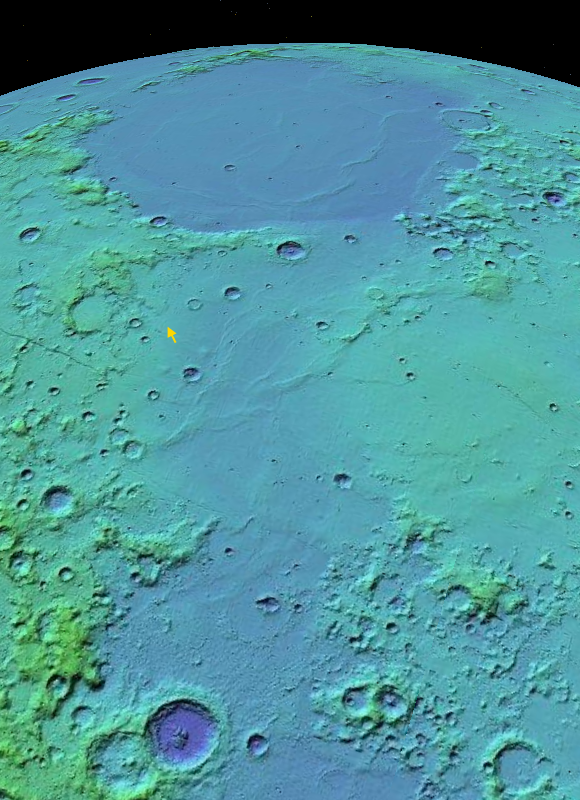 Is Mare Tranquillitatis really an impact basin? Looks can be deceiving, when comparing two familiar and neighboring basins, each flooded multiple times with volcanic flows. Dark and optically-mature regolith covers both Mare Serenitatis (top center) and Tranquillitatis (below - the area of interest is indicated with the yellow area), though the differences in color of each are obvious even in black and white photographs. But In this false-color LOLA elevation map, the nature of Mare Tranquillitatis is less obvious, until one examines more closely and sees how the weight of material infilling the Tranquillitatis plain may have led to finer features like wrinkle ridges and extensional rilles [NASA/GSFC/LOLA/MSFC/LMMP].


It is probably an en echelon step between the two normal faults making up the east wall of the rille. When two faults are near to each other, they can interact and create an en echelon step that helps to even out the displacement and forces that created the faults. En echelon steps are common, and are seen in other tectonic features on the Moon.

Can you find any more faults in the full NAC frame?