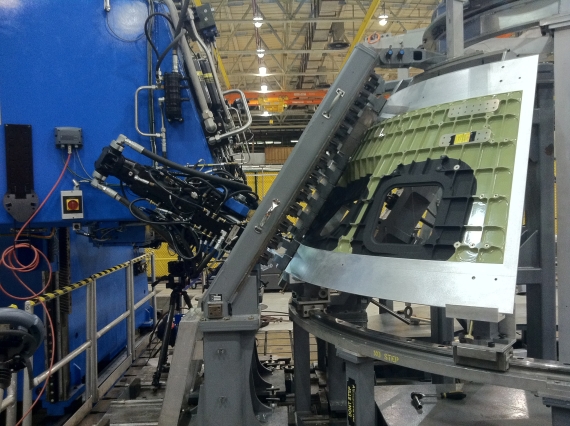 Although the space program finds itself lacking long-term direction, managers have marked a major milestone for their next crew transport, as the Orion Flight Test (OFT-1) vehicle began construction at the Michoud Assembly Facility (MAF) in New Orleans. This first “flight worthy” Orion is set to launch on top of a Delta IV Heavy in the summer of 2013 [NASA].

Although the test flight will be unmanned, prior to the first humans to ride on Orion in 2021 – if the only NASA schedule currently available becomes a reality – NASA are representing the start of construction as “the first new NASA spacecraft built to take humans to orbit since space shuttle Endeavour left the factory in 1991.”

That is a bold statement for NASA to make, given the history of Endeavour’s birth, which came after United States Congress passed legislation officially authorizing the construction of new Space Shuttle orbiter to fill the manifest needs left in the wake of the loss of her late sister, Challenger.


Read the article HERE.
Posted by Joel Raupe at 6:30 AM