LROC: A Gathering in Lacus Mortis 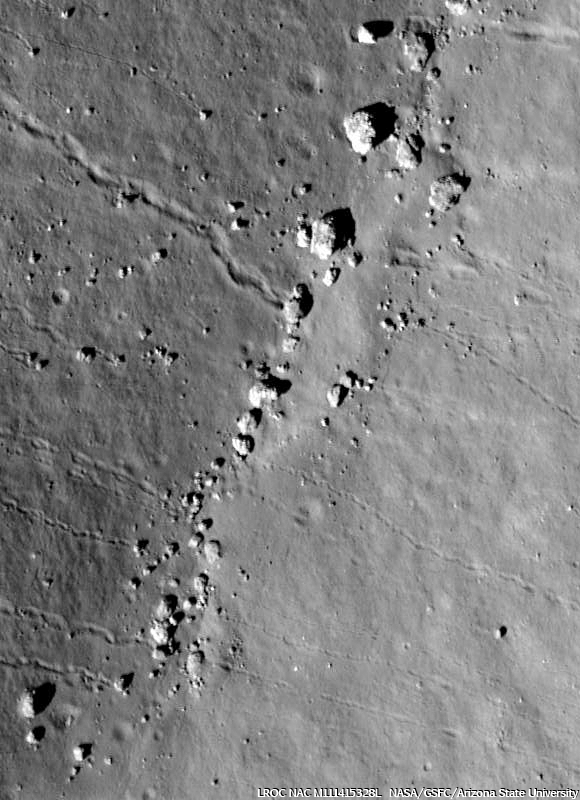 
Clear impressions in the lunar soil show paths that boulders followed as they rolled downhill in the mountains surrounded by Lacus Mortis (the Lake of Death). If you look closely, you can see trails from both the top and bottom of this image. Also the trails are in some cases jagged -- not orderly, straight lines. What caused such striking patterns?

As is often the case, close inspection of a broader area reveals what we are seeing. Knowledge of the local topography and an understanding of the effects of gravity provide the explanation: The boulders rest in a valley present within the double central peak of Bürg crater. They rolled down from the bouldery summits of opposing slopes and accumulated along the valley floor. The largest block is approximately 23 meters in long diameter!

Note the tortuous paths of some of these boulders. These paths are the results of slow movement combined with irregular shapes (have you ever tried to roll a football in a straight line?). The straighter paths probably represent more rapid movement because the momentum of a faster-moving body helps it maintain its path of travel. Notice that at least one of them bounced along the slope, making impressions only when it touched the surface. Other boulders never made it all the way to the bottom of the slope. Still others don't seem to have clear traces in the regolith up-slope from their location. How could this be? Is it safe to say that some of these arrived more recently than others? Why or why not? Hint: How rapidly does the lunar regolith get reworked by micrometeorite impacts, and how quickly should such gardening erase traces like these? 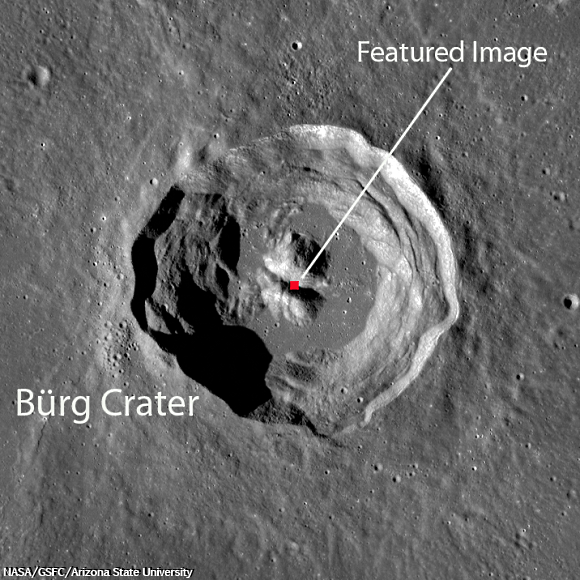 Lacus Mortis is shown in the WAC mosaic (below), this area is visible through the eyepiece of a small, backyard telescope beginning with the late waxing crescent phase, about 6 days past new Moon (See the last image in this post for the telescopic view from Earth during a favorable libration in April 2010). If you can find Bürg crater, then you'll see where the Featured Image is located, even though the details of the crater will be far too small to see. 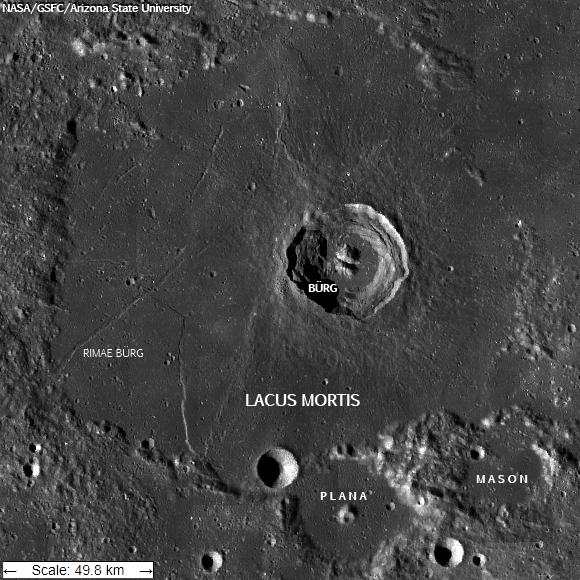 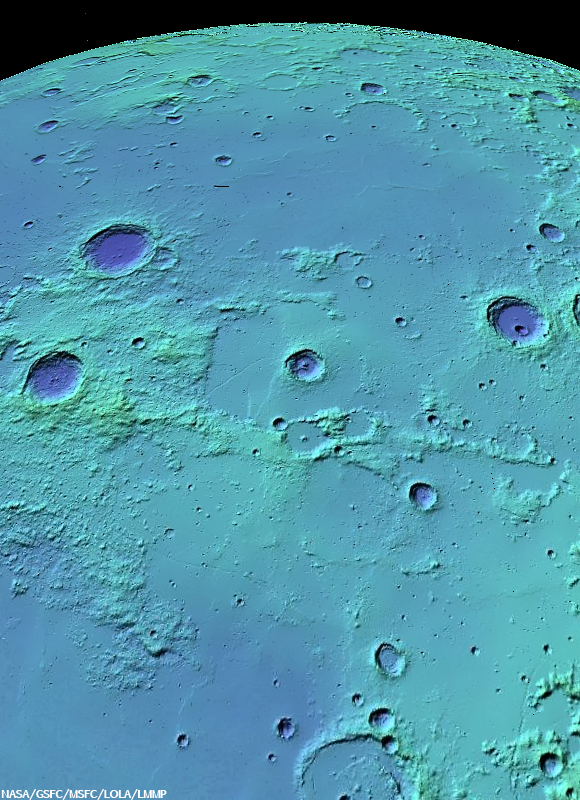 Lacus Mortis is a familiar Nearside landmark, between Mares Serenitatis and Frigoris, well situated for locating nearby large craters and vice versa. It is less spectacular but just as unusual in this false-color image from LOLA altimetry, a continuum of most of the Nearside's below-lunar mean elevations. It is a place now confirmed that hosts deep faults and volcanism  [NASA/GSFC/MSFC/LOLA/LMMP]. 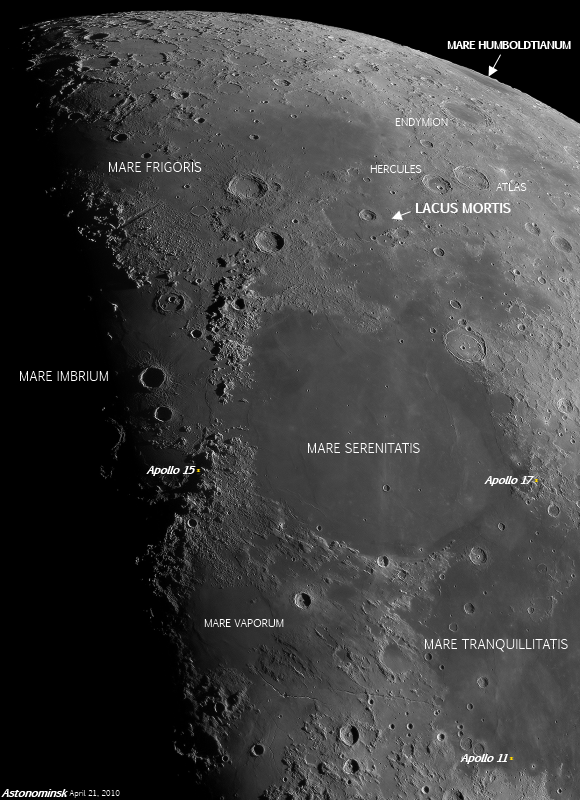 The View from Earth: This small section from an global lunar mosaic by Astronominsk demonstrates Lacus Mortis is easier to see during a libration favorable enough to swing Mare Humboldtanium into view. A small host of quick-study neighborhood landmarks are all easy to locate in a small telescope [Astonominsk].

Still more related posts:
Rimae Bürg
Not your average complex crater
Lunar morphology in the lake of death
Blogger's Best for the Best
Terraced Wall of Bürg
Posted by Joel Raupe at 6:23 AM