LROC: Dark wisps along the rim of Copernicus 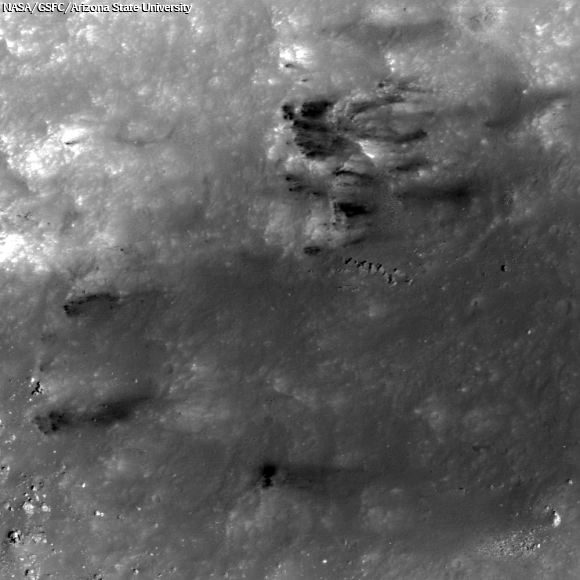 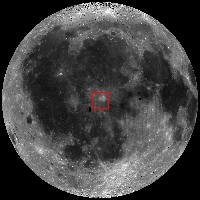 
What are these low-reflectance (dark), wispy streaks? The differences in color among lunar deposits is often understood in terms of composition and/or intensity of space weathering (which can discolor soils over time). When they become mixed (often from cratering events), they can produce areas of high color contrast. Most of them seem to have the lowest reflectance at the points highest in elevation on the crater wall (to the left), and become more reflective down-slope (to the right). The features in this image seem to cluster near a promontory that has its own streak of material, emanating as a fan-shaped curtain (see context image below). 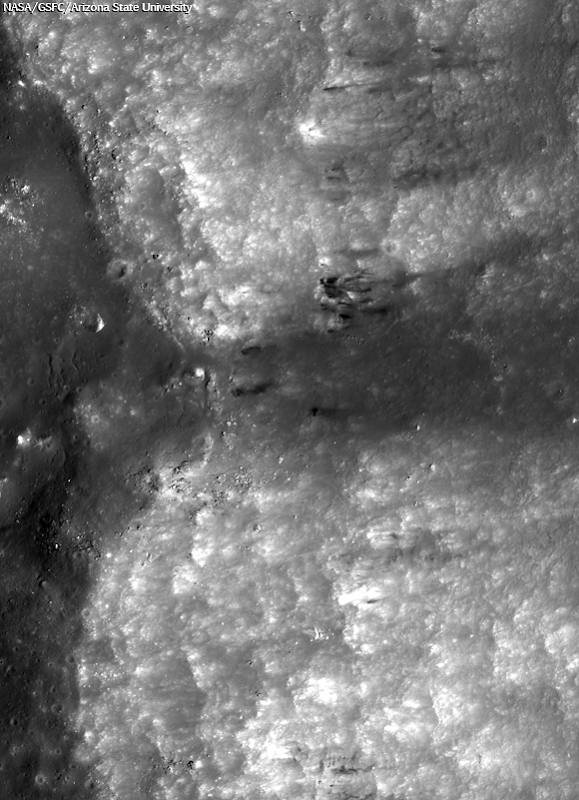 From a wider view of LROC NAC M11735067L, showing the association of a promontory's location with the occurrence of the dark deposits (See next image). Field of view roughly 2.2 km across (downsampled from 50 cm/pixel to approximately 2.3 meters/pixel. View the full size LROC context image HERE [NASA/GSFC/Arizona State University]. 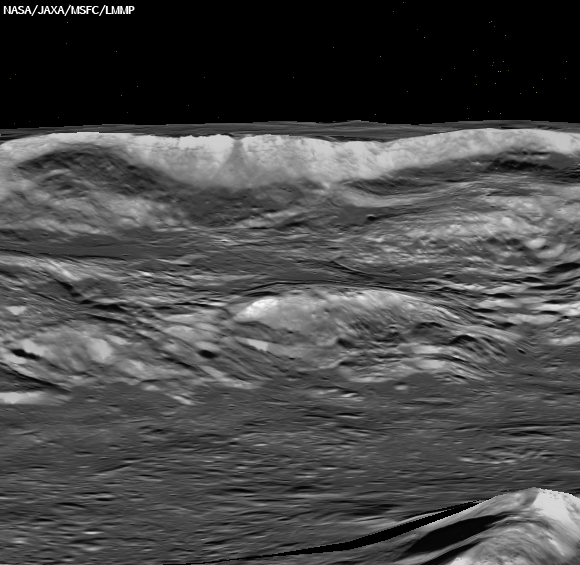 An artificial perspective of the massive slumped inner slope of the east rim of Copernicus made possible by NASA's ILIADS program. The topography represents laser altimetry collected by LOLA overlaid with morning Terrain Camera imagery from Japan's lunar orbiter Kaguya. (The LROC Featured Image is a close up from overhead of the slot in the crater rim, left of upper center.) View a HDTV orbital still showing Copernicus HERE [NASA/GSFC/MSFC/JAXA/SELENE].

There are several possible explanations for how the smaller, low-reflectance features formed. For example, these dark patches may represent mare basalts that were buried and re-exposed by the formation of Copernicus and subsequent mass wasting. Another possibility is that the low-reflectance materials are dikes or sills (intrusive igneous bodies) that pre-date the Copernicus impact and are now weathering out. Still a third possibility is that mare basalt debris were ejected by a nearby impact and deposited here, perhaps encouraging the erosion of the promontory in the process - or landing near the promontory by coincidence. In this later scenario, each block of ejecta might then have fragmented upon impact and migrated down-slope as individual debris aprons. There are several nearby, relatively recent craters outside of the Copernicus rim that could be responsible for this type of deposition. Are there any additional clues that could be looked for to further solve this mystery? 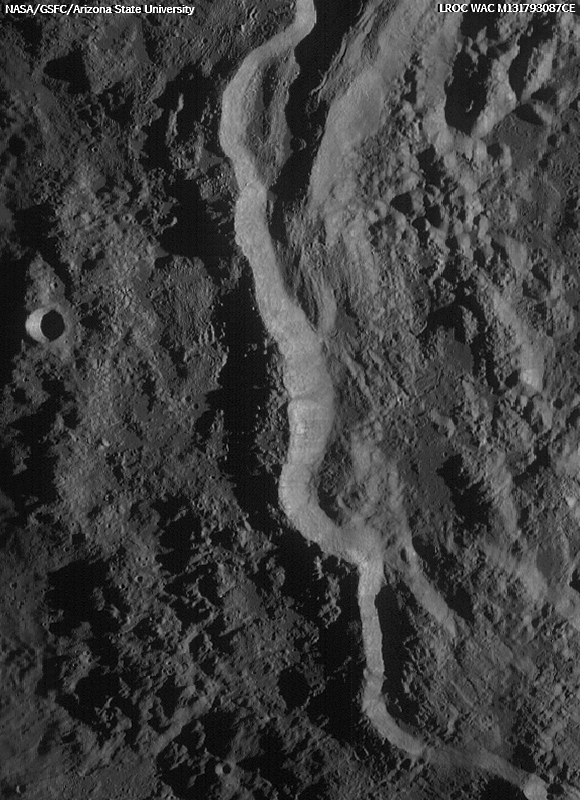 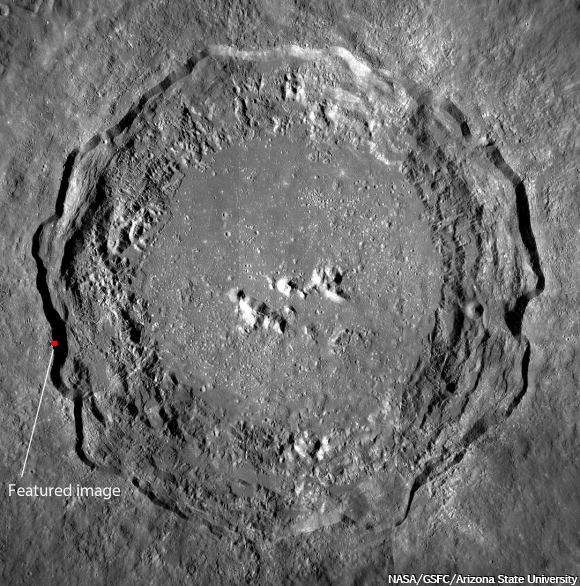