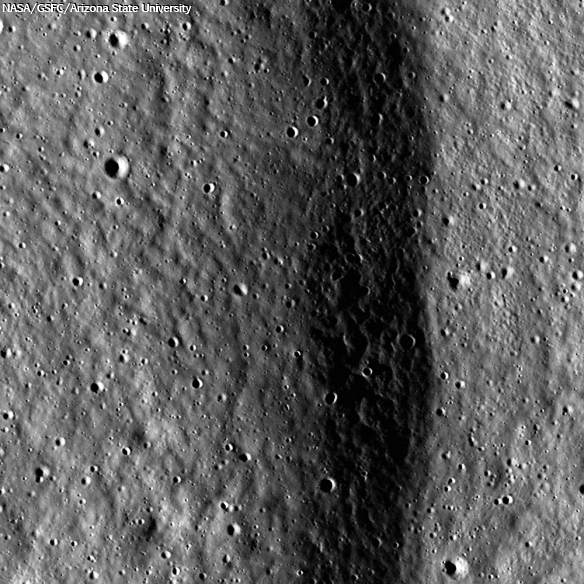 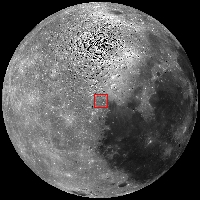 
Lobate scarps are long, curvilinear structures found on some planetary bodies. They are interpreted to be tectonic in nature, the result of a thrust fault developed in rocks that are otherwise structurally sound. Faults (planar fractures) come in several styles: Normal faults occur when one slab of rock (the hanging wall) slides below the level of a neighboring slab of rock (the foot wall).

Thrust faults (also called reverse faults when the fault angle is greater than 45 degrees to the horizontal) are the opposite of a normal fault. Instead of the hanging wall slipping below the foot wall, the hanging wall is thrust above the foot wall. In general, normal faults are the result of regional or local extension, while thrust and reverse faults give evidence of compression. 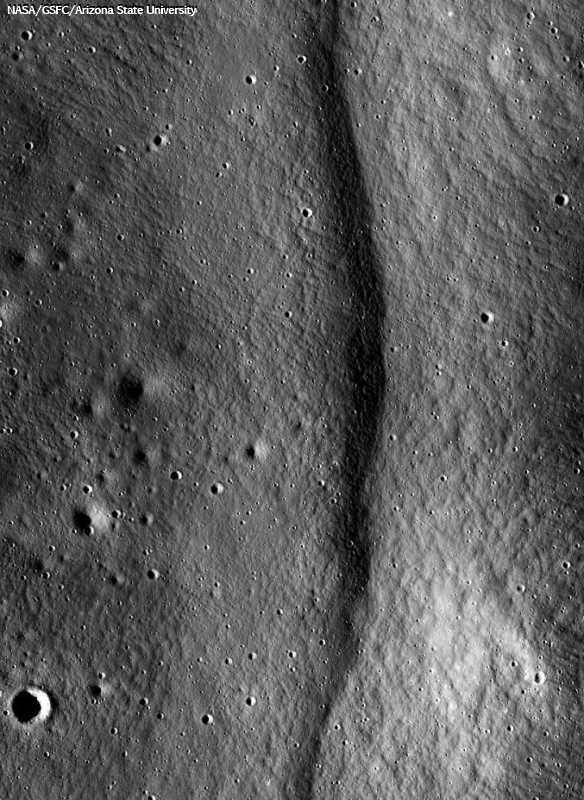 Full 2-km wide field of view of LROC NAC frame M118031613L allows a longer north-south look at the scarp, kin to the Lincoln Scarp visited by Cernan and Schmidt at Taurus Littrow (Apollo 17). At his point the scarp runs parallel with the inner slope of an unnamed crater within Xenophanes [NASA/GSFC/Arizona State University]. 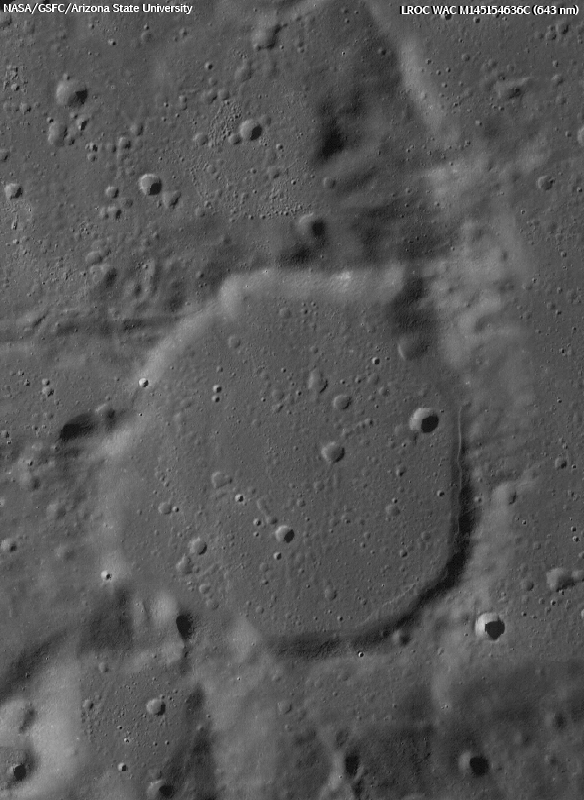 
So what mechanism produces lobate scarps? On Mercury, lobate scarps are large and globally distributed, and have been interpreted to be the result of global contraction of the planet. What could make an entire planet contract? How about the slow cooling of its interior.

Data from LROC indicates that the lobate scarps on the Moon are also distributed globally. However, they are also small and deform the regolith locally. Because these faults are located in relatively unconsolidated material, they must be very young because the regolith is constantly churned by small asteroid and comet impacts. Scientists have thus interpreted the lunar scarps to be the result of late-stage, not early-stage, global contraction of the Moon! 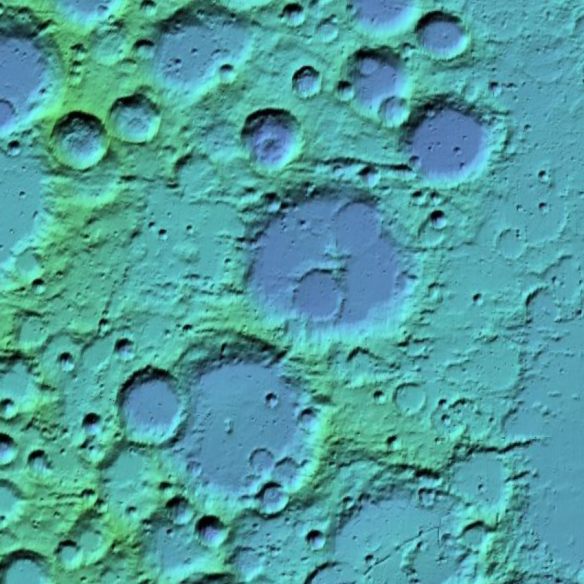 LOLA altimetry of a 360 square kilometer area around the crater hosting the lobate scarp, within Xenophanes clearly shows striation channels radiant to Mare Imbrium, whose center basin beyond Oceanus Procellarum, seen at the eastern edge of the field, is 1700 km away. Procellarum's elevation, as deep as it is (here ~3100 meters below lunar mean, is more than three km higher than the flooded floor of Xenophanes. Perhaps the latter, more ancient impact floor was flooded from below. Some features nearby are radiant to the more distant Orientale impact basin [NASA/GSFC/MSFC/LMMP].

Can you trace the entire length of the lobate scarp in the full NAC frame?