On the shore of the Bay of Rainbows 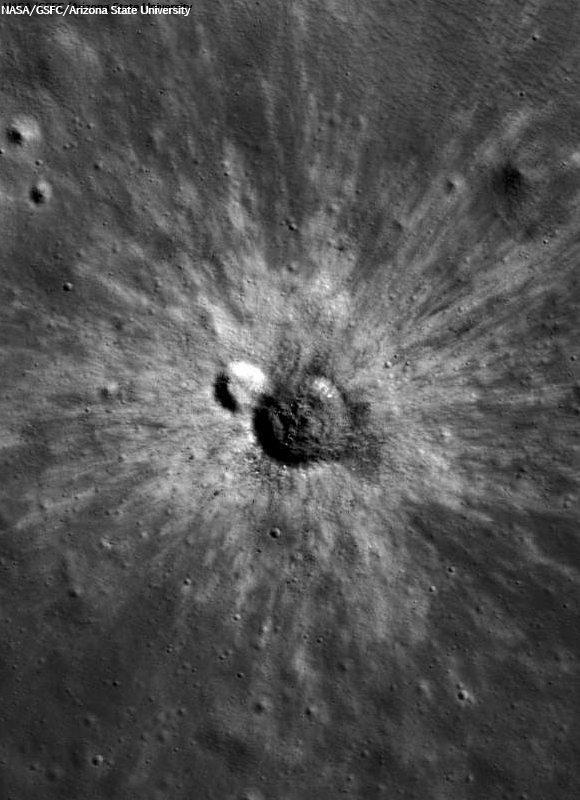 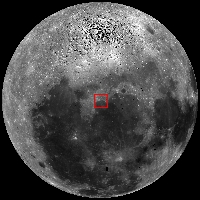 
In addition to being a spectacular example of a recent impact feature, this pair of small craters was chosen with the small backyard telescope in mind. You won't be able to see this impact feature in your eyepiece, but you should be able to locate the region fairly easily. By the 11th day following a new Moon (during the waxing gibbous phase), Sinus Iridum (the Bay of Rainbows) is ideally illuminated and visible through even a modest-sized instrument, or even a large pair of binoculars! Look for the large, crescent-shaped arc of mountains on the northwest "shore" (44.1°N, 328.5°E) of Mare Imbrium. You will find the partial remains of an ancient crater (236 km diameter), flooded long ago by Mare Imbrium basalts. The range of peaks is known as the Jura Mountains. With a good eye, you might even see the crater Bianchini, nestled within the range along its northwestern edge. You can use Bianchini with the images below to pinpoint the Featured Image location. 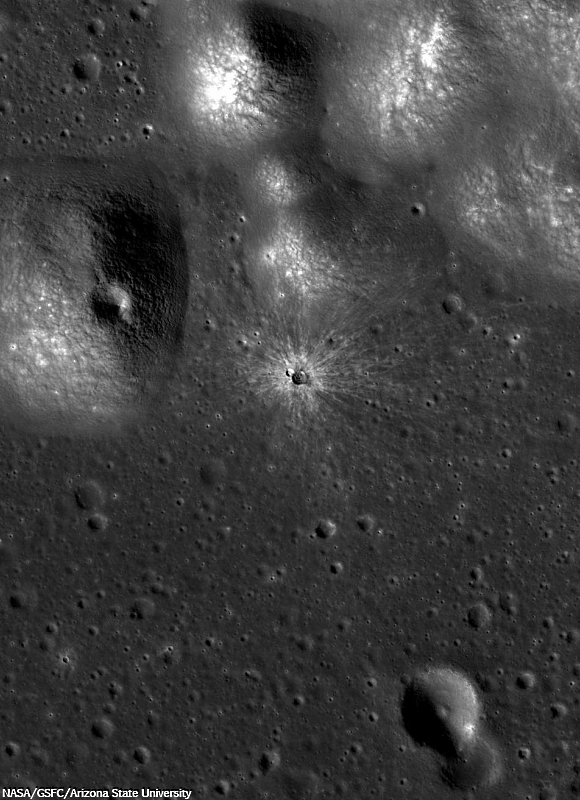 This wider view from M104726204L shows foothills high, mountainous rim of Sinus Iridum, immediately to the north, more than 2 km higher in elevation than the wide bay floor to the south. Note how the ejecta rays were forced to curve as the flying debris encountered the topography just northeast of the larger and more recent impact (field of view ~8.3 km across, downsampled to 2.8 meter/per pixel). See the spectacular full size LROC context image HERE [NASA/GSFC/Arizona State University].


Notice how one of the featured craters has a low-reflectance interior while the other appears more reflective. The low-reflectance crater is roughly twice the size of the light-floored crater, and therefore excavated to a greater depth. Could this have resulted in the exposure of darker, buried materials that were missed by the less-energetic impact? There are many questions that we could ask about this interesting pair: Which impact happened first? Is there ejecta from one crater on the floor of the other? Why or why not?

What other clues would you look for in the full NAC frame? 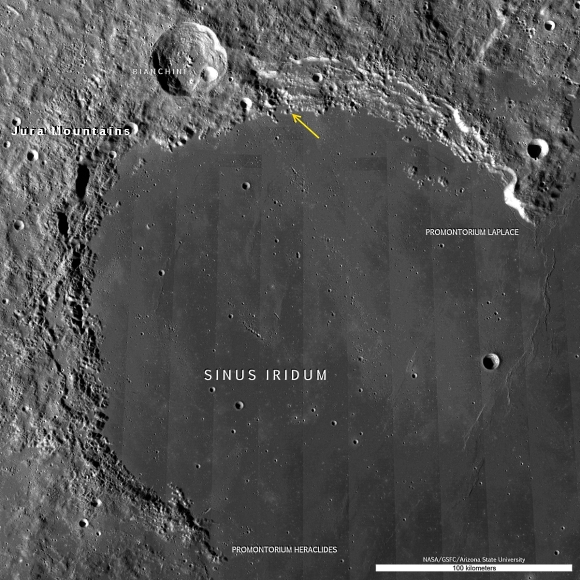