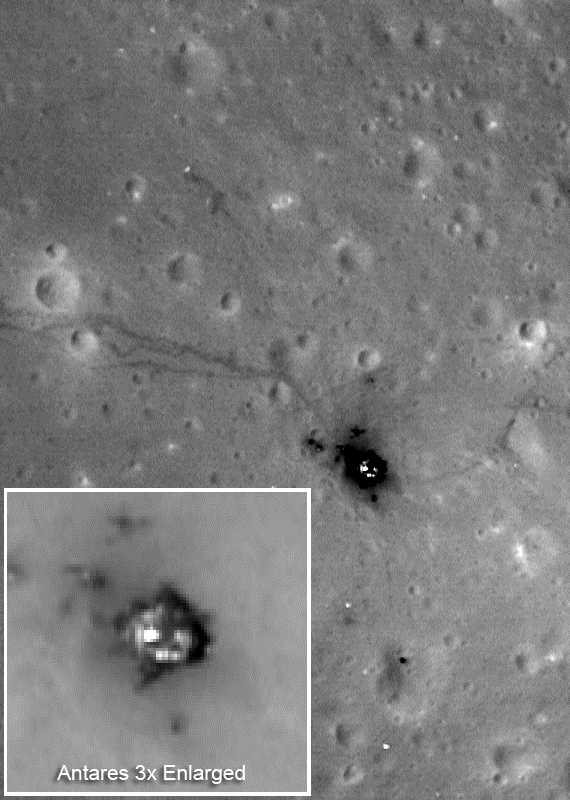 Inset from low altitude view of the Apollo 14 landing site, released by NASA September 6, 2011. The LROC Narrow Angle Camera (NAC) were put to use during a month-long change in orbit that lowered LRO down to as little as 22 km over the Moon. The paths left by astronauts Alan Shepard and Edgar Mitchell in February 1971 on both Apollo 14 moon walks are visible. (At the end of the second moon walk, Shepard famously hit two golf balls.) The descent stage of the lunar module Antares is also visible [NASA/GSFC/Arizona State University]. 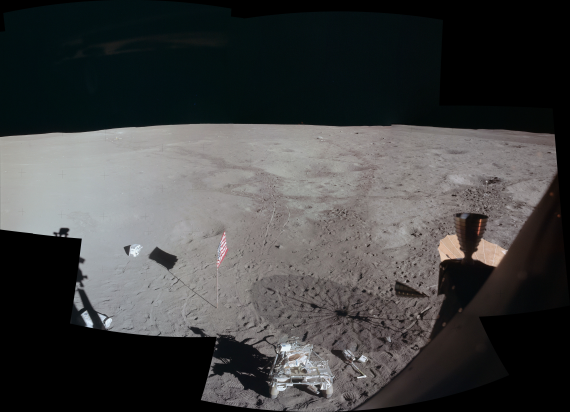 For point by point comparison, here's the view out the starboard window of the Apollo 14 lunar module Antares following the end of Shepard and Mitchell's second EVA. The trail west to the ALSEP package, deployed near the horizon at upper left, stands out in the latest LROC NAC image release, together with many of the items nearby. View the full size version HERE [NASA/ASJ/LP].

Apollo 14 landed near Fra Mauro crater in February 1971. On the first moon walk, the astronauts set up the lunar monitoring equipment known as the Apollo Lunar Surface Experiments Package (ALSEP) to the west of the landing site and collected just over 42 kilograms (about 92 pounds) of lunar samples. Luckily for them, they had a rickshaw-style cart called the modular equipment transporter, or MET, that they could use to carry equipment and samples. 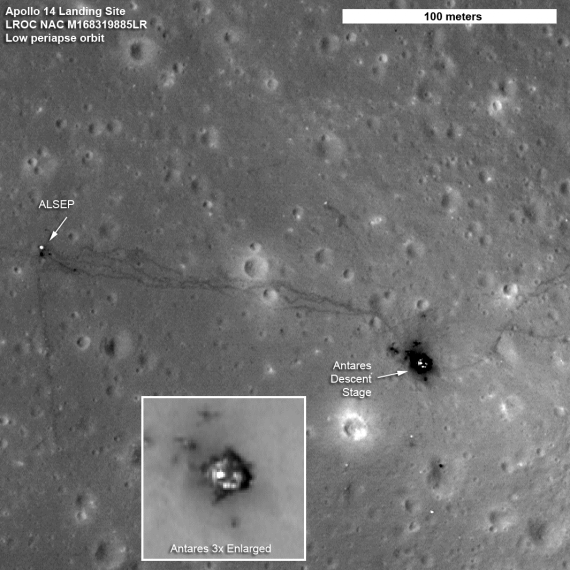 The labeled version of the latest survey of the Apollo 14 landing site by the Lunar Reconnaissance Orbiter Camera system [NASA/GSFC/Arizona State University].