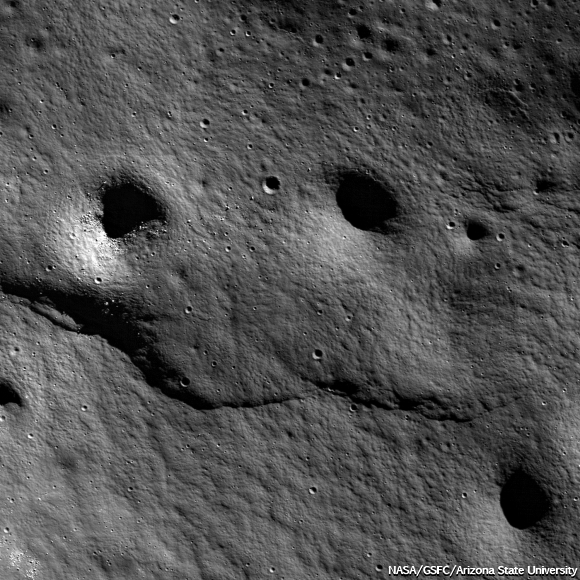 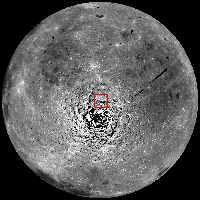 
Surface manifestations of contractional stresses are observed frequently on the Moon. Oftentimes, wrinkle ridges (from several tens of meters to many hundreds of kilometers long) formed in maria are the most easily identified contractional tectonic features. Another geologic feature resulting from contraction, lobate scarps, are observed in the highlands. From LROC NAC images we now know that lobate scarps are prevalent in the highlands and thus are globally distributed. The Lee-Lincoln scarp and a lobate scarp in Slipher crater are excellent examples of highland scarps. Today's Featured Image reveals a lobate scarp in the Schrödinger basin (79.30°S, 126.50°E), an example smaller than the Lee-Lincoln and Slipher crater scarps.

Lobate scarps are the surface expression (visible part) of a fault that cuts through the lunar crust. In the opening image, the crust was probably under compression from approximately north to south (squeezed from top to bottom). The ground on the northern part of the image buckled, broke, and rode up over the ground on the southern part of the image, creating the obvious bulge. Also, just like faults on Earth, the scarp shallows out and disappears (near the right of the image). This shallowing of the scarp may be due to non-uniform contractional stresses in this area such that the stresses were not the same everywhere. Alternatively, the underlying rocks may have had different strengths, which caused the stresses to deform the rocks differently. The story is further complicated here because the scarp formed in the impact basin wall material, which was likely heavily fractured and fragmented during the violent, basin-forming impact. This scarp is ~1.3 km long and may extend for several hundred meters or more beyond the western edge of the NAC frame. While this scarp shallows and disappears, the full NAC image includes portions of at least two additional nearby lobate scarps. The scarp formation story is not a simple one, and additional observations are necessary to piece together the compressional history of this area. 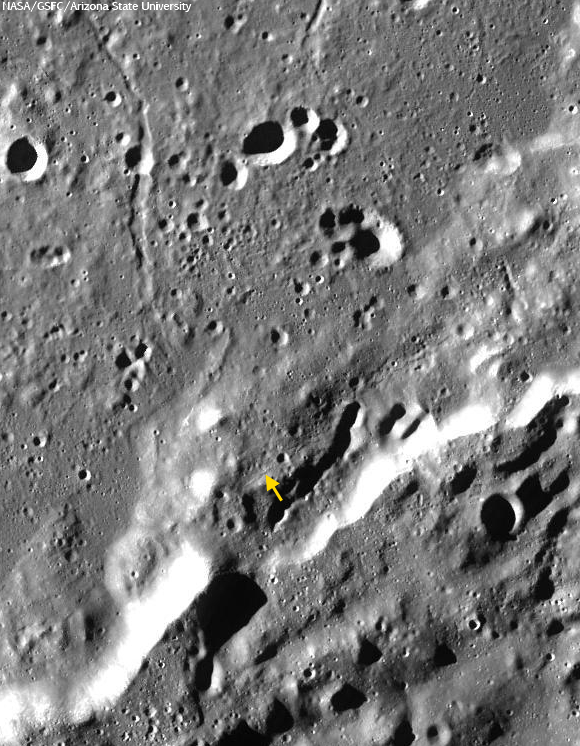 From the LROC Wide Angle Camera (WAC) monochrome 100 meter per pixel resolution global mosaic, showing the southern frontier of the Schrödinger impact basin. A twenty kilometer stretch, running from southwest to northeast, is the location of a plethora of lobate scarps. The location of the lobate scarp highlighted in the LROC Featured Image released September 27, 2011 is noted with a yellow arrow [NASA/GSFC/Arizona State University]. 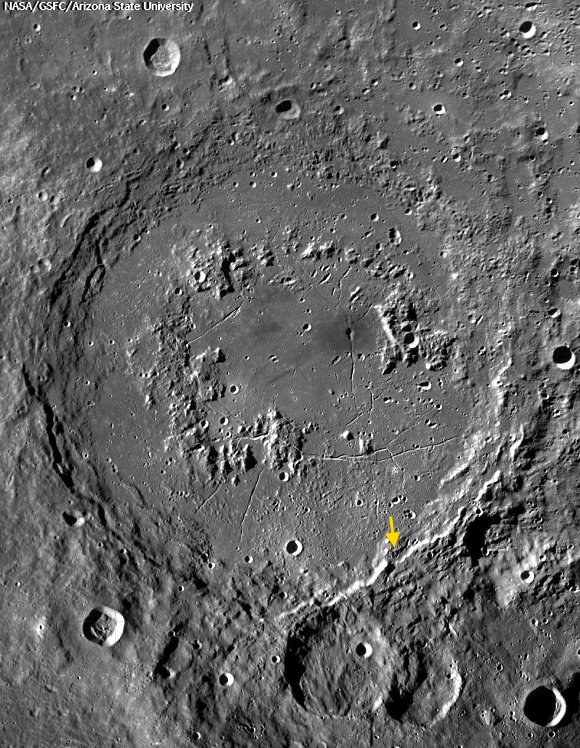 Wider angle segment from the WAC 100 meter global mosaic, showing the full width of Schrödinger basin. The location of the lobate scarp highlighted in the LROC Featured Image released September 27, 2011 is noted with a yellow arrow [NASA/GSFC/Arizona State University].


How many lobate scarps can you find in the full LROC NAC image? Do these scarps intersect or are they separate from one another? 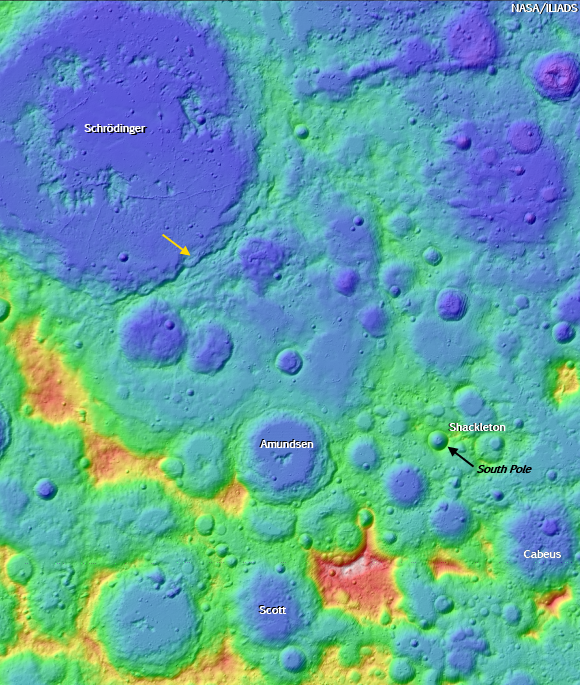 From LOLA data, Schrödinger basin in relation to the far lunar south and within the degraded mountainous rim of the vast South Pole Aitken basin. Once again, the location of the area highlighted in the LROC Featured Image released September 27, 2011 is indicated with a yellow arrow [NASA/LOLA/ILIADS].
Posted by Joel Raupe at 3:32 AM