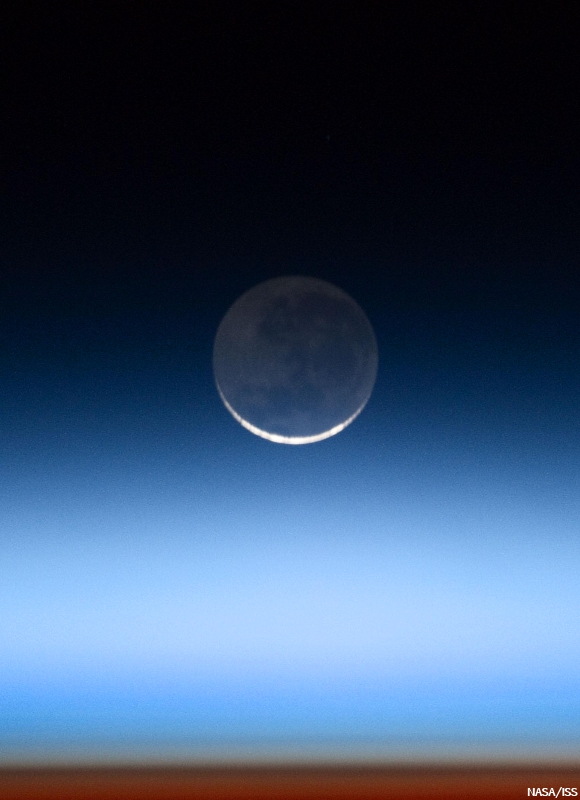 Photographed by the Expedition 28 crew aboard the International Space Station, this image shows the moon, the Earth's only natural satellite, at center with the limb of Earth near the bottom transitioning into the orange-colored troposphere, the lowest and most dense portion of the Earth's atmosphere. The troposphere ends abruptly at the tropopause, which appears in the image as the sharp boundary between the orange- and blue-colored atmosphere [NASA/ISS].

From NASA Image Gallery
Posted by Joel Raupe at 7:33 PM