JAXA plans for robotic moonbase by 2020 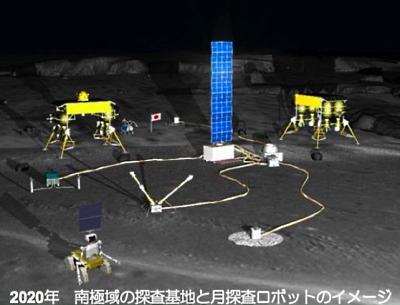 The Japanese space agency, JAXA, has plans to build a base on the Moon by 2020. Not for humans, but for robots, and built by robots, too. A panel authorized by Japan's prime minister has drawn up preliminary plans of how humanoid and rover robots will begin surveying the moon by 2015, and then begin construction of a base near the south pole of the moon. The robots and the base will run on solar power, with total costs about $2.2 billion USD, according to the panel chaired by Waseda University President Katsuhiko Shirai.
Read the article HERE.
Posted by Joel Raupe at 1:21 AM