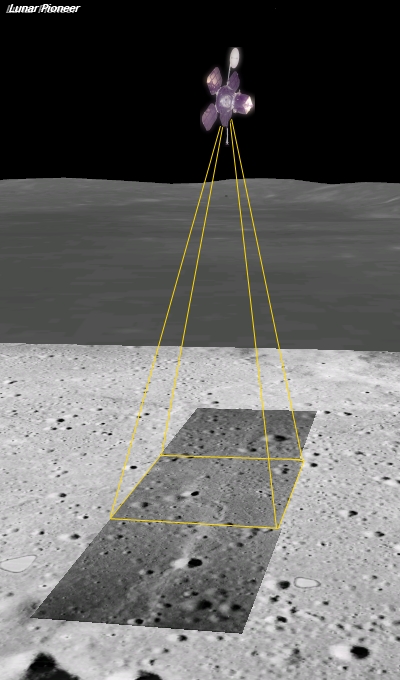 Scouting out a candidate future landing site near where the central meridian crosses the equator, the very center of the Moon's near side, Lunar Orbiter II photographs a single medium-resolution image and three high-resolution frames within that field's center, November 22, 1966 [LP/LOIRP]. 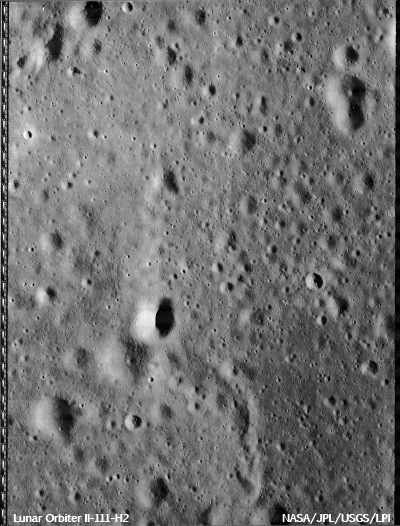 On first glance this high-definition photograph by Lunar Orbiter II (LOII-111-H2, Sinus Medii, near Pallas V, November 22, 1966) appears to be among the best of that program. However the completely reformatted "restoration" by the Lunar Orbiter Image Restoration Project (LOIRP) below, digitized from original recorded telemetry more closely represents the actual landscape, particularly those clues from which crater depth and surface elemental composition are revealed. These images from Lunar Orbiter II are particularly valuable because these were imaged, using the ingenious clockwork mechanism of the Orbiters powerful camera, from an altitude of only 41.46 kilometers [NASA/JPL/USGS/LPI/LOIRP]. 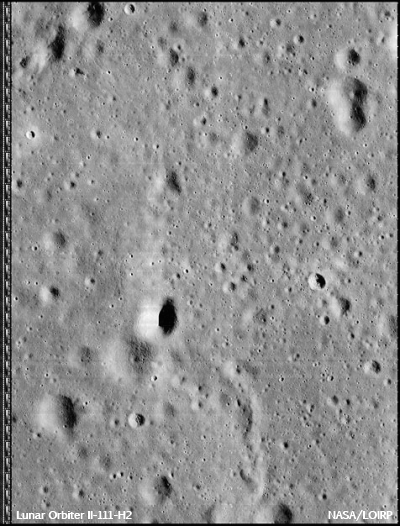 These latest, newly released LOIRP restorations, important for a variety of reasons, including tracing the rate of cratering over the the past 43 years, are available at LOIRP's website Moonviews.com. Frames 2111 and 2112 were made available Monday and Wednesday. The original photographic plates are available online from the USGS-Astrogeology Section and the Lunar and Planetary Institute.

Past discussion here of the interesting story and important success of LOIRP can be reviewed by scrolling down through the link here.
Posted by Joel Raupe at 1:39 AM