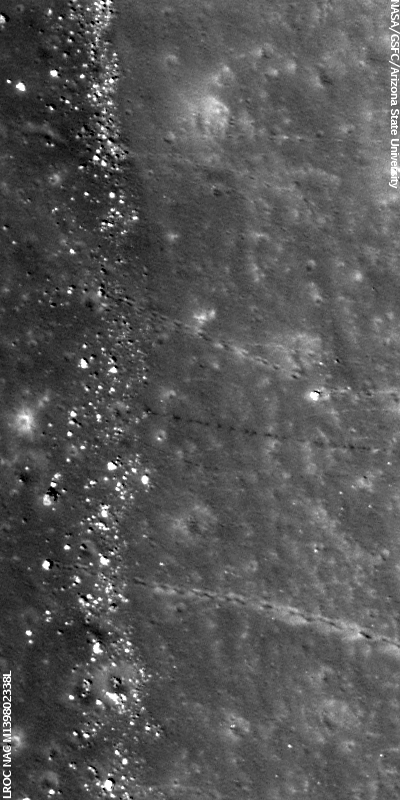 Most boulder trails are relatively high reflectance, but running through this image is a lower reflectance trail. This trail is smaller than the others, and its features may be influenced by factors such as mass of the boulder, boulder speed as it traveled downhill, and elevation from which the boulder originated. 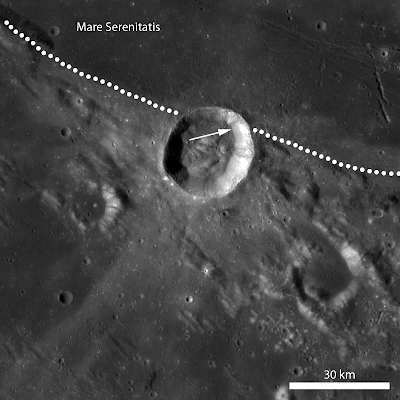 LROC WAC context of Menelaus crater at the boundary between Mare Serenitatis and the highlands (dotted line). The arrow marks the location of today's featured image at contact between the crater floor and NE crater wall [NASA/GSFC/Arizona State University].
What do you think? Why don't you follow the trail to its source in the full LROC NAC frame and see if you can find any other low reflectance trails.
Related posts:
Menelaus' distinctive rays
Small crater at the southern rim of Menelaus
Southern rim of Menelaus Crater
Hole in One!
Bright Boulder Trail
Bouncing, Bounding Boulders!
Posted by Joel Raupe at 9:38 PM