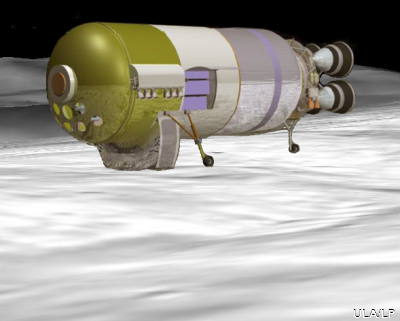 The present ESAS architecture for lunar exploration is dependent on a large launcher. It has been assumed that either the ARES V or something similar, such as the proposed Jupiter “Direct” lifters are mandatory for serious lunar exploration. These launch vehicles require extensive development with costs ranging into the tens of billions of dollars and with first flight likely most of a decade away. In the end they will mimic the Saturn V programmatically: a single-purpose lifter with a single user who must bear all costs. This programmatic structure has not been shown to be effective in the long term. It is characterized by low demonstrated reliability, ballooning costs and a glacial pace of improvements.

The use of smaller, commercial launchers coupled with orbital depots eliminates the need for a large launch vehicle. Much is made of the need for more launches- this is perceived as a detriment. However since 75% of all the mass lifted to low earth orbit is merely propellant with no intrinsic value it represents the optimal cargo for low-cost, strictly commercial launch operations. These commercial launch vehicles, lifting a simple payload to a repeatable location, can be operated on regular, predictable schedules. Relieved of the burden of hauling propellants, the mass of the Altair and Orion vehicles for a lunar mission is very small and can also be easily carried on existing launch vehicles. This strategy leads to high infrastructure utilization, economic production rates, high demonstrated reliability and the lowest possible costs.

This architecture encourages the exploration of the moon to be conducted not in single, disconnected missions, but in a continuous process which builds orbital and surface resources year by year. The architecture and vehicles themselves are directly applicable to Near Earth Object and Mars exploration and the establishment of a functioning depot at earth-moon L2 provides a gateway for future high-mass spacecraft venturing to the rest of the solar system. 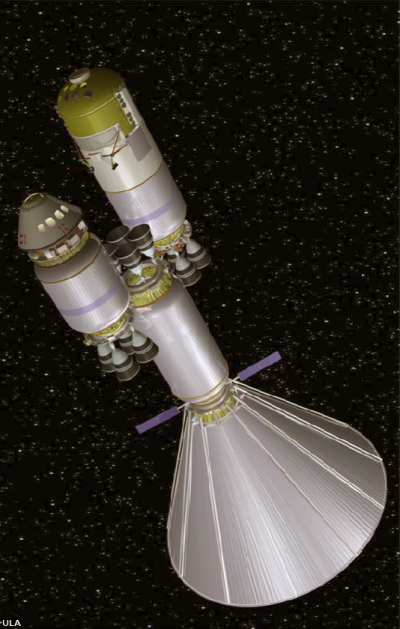 The big space exploration question facing NASA and the nation is: Can a viable lunar architecture be designed that avoids huge development and sustaining costs while being flexible and efficient?

We believe that through embracing commercial competition and the partnership between NASA and industry that the answer is “yes”. Robust, flexible, affordable exploration is not only possible, but must be pursued to sustain the interest of the American public and their substantial funding commitment.

The guiding philosophy that we have followed in developing the proposed sustainable exploration architecture is to use the least number of distinct elements. This meant not only all-up vehicles but the least number of main engines, avionics systems, fluids systems, ECLSS systems, etc. By keeping the many elements as common as possible development is foreshortened and costs suppressed. Recognizing that each vehicle has unique functions it had to perform in addition to functions it shared with all other elements flexibility and modularity had to be built in.

Significantly the vehicles had to be useful for as many tasks as possible- not just moon missions. In this way the development and overhead costs would be shared by NASA, DoD and commercial customers. The production rate would rise due to high utility and supplier component costs would fall, while the increased launch tempo improves system reliability. A distribution of demand from multiple sources would also stabilize launch rates and smooth out disturbances from program-peculiar issues.

Of greatest importance was the ability to compete as many functions as possible in a marketplace. As much of the architecture as possible must be a commodity- something that many suppliers can provide. Without competition the suppliers to NASA would be in an eternal monopoly position- not a recipe for cost containment or innovation. This is the precise situation that is lamented today.

Read one of the ULA/AIAA studies (pdf)
of DTAL architecture, HERE.
Posted by Joel Raupe at 2:36 AM

Another interesting lunar exploration architecture is at: http://www.spudislunarresources.com/Papers/Affordable_Lunar_Base.pdf