The Far Shore of Palus Putredinis 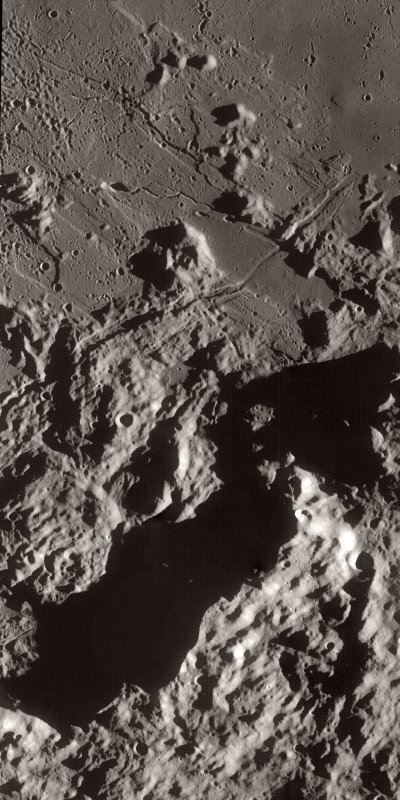 Rima Bradley, surface manifestation of an apparently deep fault under the Apenninus piedmont (It's concentric with the Montes Apenninus front), and disappearing under Palus Putredinis. "Almost too much to take in," is the description frequently given to certain of the LROC Wide Angle Camera assemblies. This one is a 80 km-wide early morning look at a scene familiar to telescope observers on Earth, southwest of the Hadley Rille Valley and the Apollo 15 LZ. It is a mosaic of four monochrome (659nm) LROC WAC observations swept up in successive lunar orbits December 24, 2009.

Can you spot Putredinis 1, a 2 km wide pyroclastic vent, just off the southwest shore of Palus Putredinis? Is it yet another surface manifestation, the same stratigraphic source as Rima Bradley? [NASA/GSFC/Arizona State University]. 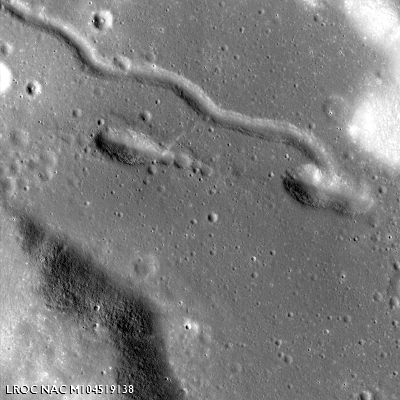